In-depth: what's we've learned from MPs' interim report on the sustainability of the UK fashion industry

Last autumn UK parliament’s Environmental Audit Committee wrote to 16 of fashion’s biggest and most influential players requesting they provide evidence of their sustainability and labour market practices. The retailers in question were told that they may also be summoned to appear in front of MPs to account for themselves and, while responses were not mandatory, anyone refusing to comply risked being publicly named and shamed. They were also informed that the information they provided would be made public. Gulp…

The move was part of an ongoing inquiry into UK fashion, led by Mary Creagh, MP, who was true to her word. One retailer failed to respond to written requests for information, Kurt Geiger, and was called out in an interim report published yesterday. The footwear retailer was summarily dumped to the bottom of a league table ranking fashion businesses on their engagement with these key issues (of course we don’t know if that’s fair representation of its efforts but since the brand didn’t provide any evidence there is no way of knowing).

A number of big-name brands from ASOS to Burberry, Arcadia to Boohoo, Primark and Marks & Spencer had indeed been called to account for their practices in front of MPs last November. Missguided too was invited to attend but CEO Nitin Passi sent hishead of product quality & supply Paul Smith instead of accepting the invitation personally.

Creagh was visibly irritated by the failure of Passi to attend himself and Smith (somewhat harshly, given he had at least turned up and was clearly an expert in sustainable practice) was given something of a hard time by the MPs as a result of his boss’s no-show. However, it was Smith who delivered one of the most shocking pieces of evidence at the hearing, which is that Missguided auditors had been beaten up trying to inspect factories in Leicester. When asked what those companies may have had to hide by so violently despatching the auditors, he replied simply, “under payment”.

The story made headlines in national newspapers as the realisation that coercion and exploitation of garment workers was actually happening here in the UK. The public had become used to hearing stories such as this about factories in, say, Bangladesh, but in Leicester? Not so much.

Last autumn was a rough time PR-wise for the British fashion industry because the hearing came shortly after the broadcasting of journalist Stacey Dooley’s thought-provoking BBC expose on the industry Fashion’s Dirty Secretsin which Primark and ASOS had declined to be interviewed. Of course, for some this immediately led them to assume these two businesses were clearly guilty of something as a result of their non-appearance, and the evening it was shown calls of #boycottasos and #boycottprimark were trending on Twitter.

That always seemed somewhat unfair to say the least – particularly as these two companies had appeared to be among those doing the most to address the issues the documentary was seeking to expose (but their respective high profiles and Primark’s famously low prices make them easy targets). There’s no question most fashion brands could and should be doing more, but the publication of this detailed league table (see below and end of article for more details), compiled as a result of the EAC’s investigations, showing ASOS and Primark as among the most engaged fashion brands when it came to sustainability initiatives & actions and labour market initiatives might give the social media reactionaries pause for thought. Or at least encourage them to direct their ire at more deserving targets.

Also top of the tree is Burberry (which committed to cease incinerating excess stock a few months before the inquiry start, and is undoubtedly very glad it did) along with Tesco and Marks & Spencer.

"We were particularly pleased by the comprehensiveness of the responses received from ASOS, Burberry, and Primark"

“Of the retailers we wrote to, ASOS, Burberry, Marks and Spencer (M&S), Primark and Tesco (engaged retailers) appeared to be the most engaged on sustainability issues. They are participating in most of the leading industry initiatives. They have all made specific commitments to reduce the environmental footprint of their products, either as members of SCAP or independently, in Burberry’s case. We were particularly pleased by the comprehensiveness of the responses received from ASOS, Burberry, and Primark,” Creagh’s interim report said.

Each of these “engaged retailers” is part of the Ethical Trading Initiative, an alliance of companies, trade unions and NGOs which aims to ensure retailers improve the working conditions of people who make their products and engages in auditing of their supply chain.

Tesco was singled out for praise for recognising the limitations of the initiative and seeking to plug the gaps with in-house resource. In its submitted evidence, the retail giant said:

“Whilst independent audits are helpful they can be limited in their ability to facilitate improvement, so we have a 40-strong in-house team of labour standards experts based across key Asian sourcing countries, visiting factories every day.”

ASOS was among those to point out that UK factories could be problematic. However the etailer said it wanted to make more clothes in the UK if the factories could meet the correct ethical standards. To address the issue the ASOS had become part of Fast Forward, an industry initiative to tackle UK supply chain issues. These issues include a lack of management systems and knowledge of labour laws, which can lead to poor working conditions, and subcontracting which makes it difficult for retailers to identify where products are produced.

"Boohoo came under uncomfortable scrutiny during the retailers’ hearing and was questioned on how it could sell a £5 dress and still make a profit. The short answer, said joint CEO Carol Kane, was that it didn't"

Its cheaper rival etailer Boohoo, however, came under uncomfortable scrutiny during the retailers’ hearing and was questioned on how it could sell a £5 dress and still make a profit. The short answer, said joint CEO Carol Kane, was that it didn’t make a profit on such items and they were there on the site to act as “loss leaders” (the £5 dress is the equivalent of Ikea’s “plant of the week”, something ridiculously cheap to tempt the customer in and buy more).

Boohoo works with 94 manufacturers and 76 cut, make and trim (CMT) units in Leicester and Kane said the business had a sourcing and compliance team based in the city. She argued that officially being part of the ETI, which Boohoo is not, would bring no further benefits saying: “[We]are using all of the same standards. We are not doing anything differently from the ETI. All our audits and all our standards are based upon their code and their conduct, so we are utilising all of that. The only difference today is one of a commercial decision. Being members we will be required to publish our whole supply chain, which is currently our engine room.”

Of course, the ETI disputes this saying it represents a limited understanding of what it does.

Whether or not the etailer decides to reconsider its decision not to take part in ETI remains to be seen but it would be unlikely/unwise to ignore a “recommendation” in the initial findings report that it engage with a union to represent its Burnley warehouse workers, despite Kane’s belief there wasn’t an appetite among staff for that. “We recommend that Boohoo engage with Usdaw as a priority and recognise unions for its workers,” was the report’s curt response. In other words, JFDI.

Boohoo and Missguided were also called into question for treatment of suppliers with references to “cattle markets” where suppliers were traded off against each other to get the cheapest price, a charge which they both denied.

But Missguided is, however, a member of the ETI and has taken steps to ensure fair treatment of staff at suppliers, which the report acknowledges. (It appears that Paul Smith, the executive who was berated by MPs for his boss not turning up has affected some positive change at the business since his arrival just over a year ago).

“In its submission,” the report notes, “Missguided acknowledged that ‘there are significant issues in Leicester with compliance to UK employment law and ensuring workers are paid the minimum wage.’ ETI confirmed Missguided is actively participating in its Leicester Working Group. As part of its work with the ETI, Missguided has banned cash payments, stopped working with 60 factories in Leicester and funds a whistleblowing helpline. We recognise that Missguided is engaged on this issue and acknowledge the efforts they have made, particularly in Leicester.”

Despite praise on this issue, Missguided too was issued with a “recommendation” of action that read more like an order. This time it was on sustainability issues. There was a clear distaste among MPs for the social media-driven fast fashion model which they believed (with justification) encouraged over-consumption of clothing. However this close engagement with a young audience could be put to good use, the reasoned.

"We believe Missguided can do much more to understand, raise awareness and address sustainability issues in the industry."

Of Missguided, the report said: “The retailer has a wide online reach and is influential amongst its target audience of 16 to 29-year-old women. We believe they can do much more to understand, raise awareness and address sustainability issues in the industry. At our evidence hearing, the retailer said it will investigate joining SCAP in its next financial year. We recommend that it prioritise this.”

But while Boohoo and Missguided faced some uncomfortable questioning and have left the process knowing they have work to do, they have both actively engaged with the MPs’ inquiry to their credit. The same cannot be said for everyone, as the report notes sternly:

“We accept that TK Maxx and Amazon UK are subsidiaries of international corporations who manage their initiatives, however, this does not absolve them of responsibility given their role in the UK fashion industry. The lack of engagement from Amazon was particularly notable. We received a two-page response which did not engage substantively with the questions posed. While we understand that Amazon is a logistics provider and a seller on behalf of other businesses, Amazon UK is a growing member of the UK fashion industry, with own label brands and as a patron of the British Fashion Council. Its size, online reach and potential for growth as a fashion retailer means it will have to engage more seriously with its sustainability responsibilities in future.”

Indeed, all fashion retailers, and not just those that were submitted to this process, will have to engage more seriously with its sustainability responsibilities in future. The interim findings report is just that, interim. The full report, including industry-wide recommendations and, likely as not, legislation recommendations, will be published later this month during London Fashion Week. When it comes to sustainability and workers’ rights, the days of the fashion industry being trusted to mark its own homework seem numbered. 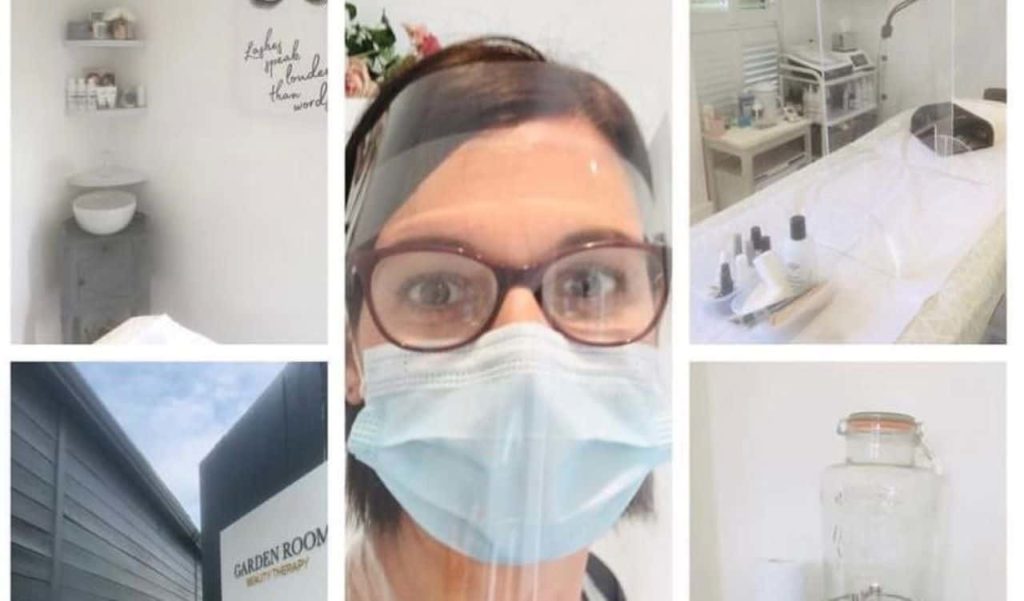 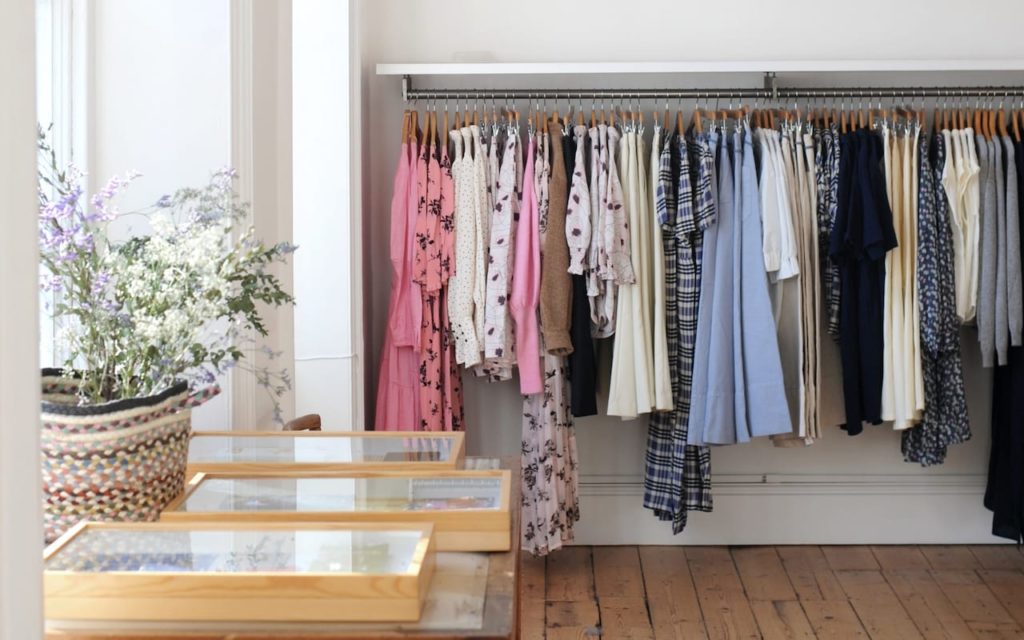 The Intake
How small fashion boutiques will thrive - not just survive...
Daily Telegraph