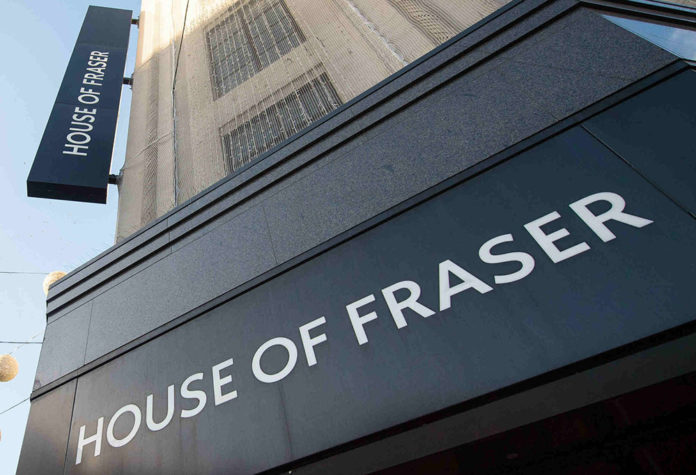 House of Fraser’s chances of finding an investor to secure its future have been given a boost as a group of disgruntled landlords, which opposed its CVA and plans to close more than half of its stores, called off their legal challenge last night.

The department store agreed a settlement with the group, the details of which remain confidential, who had been due to have their case heard in the Edinburgh court of session on 14 August. It means that House of Fraser, and any new backer it may find, is free to close 31 of its 59 stores as set out in a CVA proposal agreed by creditors in June.

A potential legal challenge had been hampering the store’s chances of getting a new backer on board so the company said it pursued a settlement (it is believed the landlords were paid financial compensation though this has not been confirmed) “to remove any risk to […] discussions” with potential investors.

It is understood that the department store is in talks with a number of potential backers, after Chinese group C.banner pulled out of its planned deal to purchase a 51% stake from fellow Chinese group Nanjing Cenbest (part of Sanpower) and inject £70m in cash last week.

Turnaround specialists Alteri Investments and Hilco are said to be in talks with House of Fraser along with retail billionaire and owner of Edinburgh Woollen Mill and Jaeger, Philip Day. Fellow retail tycoon, Mike Ashley, who owns 11% of House of Fraser, is said to have cooled on his potential offer of a £50m equity purchase or loan. It is reported Ashley believed he had not been fully consulted or given access to all of the appropriate financial information required to make his decision, something which was denied by House of Fraser’s backers.

The landlords issued a statement to confirm they had agreed the settlement and said their determination to challenge the House of Fraser CVA should serve as a warning to other struggling retailers that using the controversial insolvency process – which allows businesses, with the consent of creditors, to pay back a proportion of debts over a period of time – was not an easy way to offload stores or reduce rent bills.

“The terms of the settlement are confidential but we can confirm that we have agreed to withdraw our legal challenge. Although we will not have our day in court, we are pleased with the outcome and hope that our landmark legal challenge sends a clear message to any other companies considering a CVA, on the importance of transparency and fair treatment for all creditors throughout a CVA process,” the group’s statement said.

Across retail and in the casual dining sector as a whole there have been a number of high profile CVAs this year and in fashion alone New Look, Mothercare and Select are operating under CVAs, though the latter is not using the process to close stores. In the case of House of Fraser the landlords believed they had not been sufficiently consulted before the planned CVA was announced, whereas New Look, for instance, had consulted with the property industry and sought its buy-in before formally putting forward its CVA proposal.