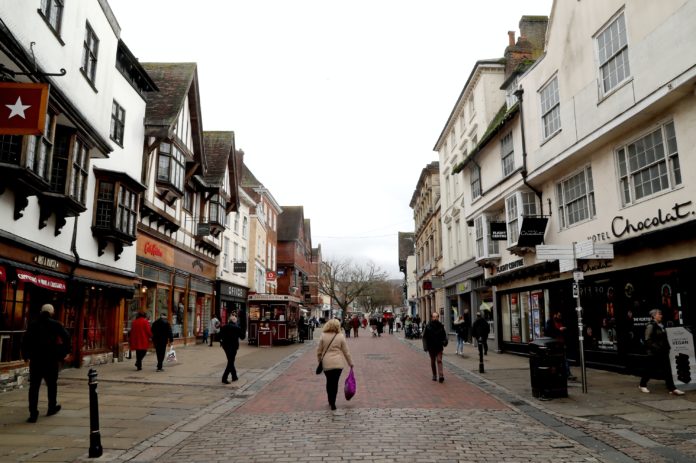 Retailers have warned that the high street will face more disarray next year if a new rule on business rates is allowed to pass through Parliament unchanged.

Chancellor Rishi Sunak won praise for his budget, in which he announced plans for a £22 billion support package through grants and a business rates holiday.

He also committed to a review of the system, following pressure for several years from retailers, restaurants and pubs to overhaul the commercial property tax.

But due to coronavirus closing high streets across the country, retailers are concerned that the next tri-annual revaluation by HM Revenue and Customs officials, which took place in April 2019, is now wildly out of date.

The Non-Domestic Rating (Lists) Bill was introduced in the House of Lords by the Government on 18 March 2020 and is currently due for a second reading.

The tax is calculated based partly on the rental values on each property, but with a predicted 20,000 sites expected to shutter for good after the lockdown, retailers worry the new rates bills for those left will be artificially high.

Chief executive of the Association of Convenience Stores, James Lowman, said: “With such profound changes in the retail industry and property market, we need to make sure that business rates reflect the present and the future, not the past.”

Landlords have struggled, with retailers withholding rent as sales collapse, although some were already in financial difficulties before the lockdown.

Andrew Goodacre, chief executive at the British Independent Retailers Association (BIRA), agreed that the revaluation should be pushed back.

He said: “The current proposal would be disastrous for all businesses that pay non-domestic rates… we must have the reference point for determining future rates bills at a time post-coronavirus, so they are an accurate assessment taking into account the full impact once this crisis has passed.”

Since the lockdown, the Government has given a business rates holiday to retailers, pubs, bars and other sites, to ease the burden on overheads.

However, some retailers that remain open have faced criticism for accepting a rates holiday from the Government at the same time as handing out dividends to shareholders.

Alex Probyn, UK president at rates advisory firm Altus Group, said: “It is far more beneficial economically to tie the new rateable values, under the next revaluation cycle, to the post Covid-19 emerging economic circumstances, with physical circumstances a year in advance, when matters will have more chance of being back to normal and business confidence has started to return.”

A Government spokesman said: “The Government is doing whatever it takes to support businesses during this national emergency, including an unprecedented nearly £10 billion in business rates relief.

“We are carefully considering the future revaluation of business rates and will provide further information in due course.”