Only a year ago, the Golden Globes red carpet was a sombre affair with celebs wearing black in a mass statement of #MeToo solidarity.

This year was a very different affair as colour made a big comeback and Marchesa, the label that had benefited so much from the backing of Harvey Weinstein but was seen as toxic 12 months ago, made a small one too.

But despite the different outlook this time, there was still a lasting effect from the traumatic revelations that led up to last year’s red carpet with many stars taking refuge in the safety of looks that owed more to old Hollywood glamour than to making bold statements in tune with the modern world. Even Lady Gaga made went for full-on glamour, rather than going us a more eccentric red carpet choice of the kind we’ve become used to from her.

It was interesting too that while the Golden Globes are often seen as a rehearsal for the big one, the Oscars, and the major names often feel they have permission to be a little less grand on the GG’s red carpet, there was little of that mood in evidence Sunday evening. Instead, the Globes were an exercise in power glamour with a traditional, even conservative edge.

The big news was all about silhouette and colour, rather than embellishment as has been the case in many years recently. So what were the big trends that we’re likely to see influencing the bridal and high-end occasionwear market in the year ahead?

The ballgown was a big story with tight bodice and full skirt (either gathered at the waist or flaring dramatically from smoother hips) in taffeta or duchesse satin. It was reminiscent of another era, the 40s-into-50s looks worn by Joan Crawford, Bette Davies, Elizabeth Taylor, Sophia Loren and so many more. And while Lady Gaga led the charge in her lavender blue Valentino gown (with a statement train that could be a popular pick for bridal) she chose a dress that was remarkably similar to one worn by Judy Garland in an earlier version of A Star Is Born. Elsewhere, dramatic fishtails, asymmetric fabric ‘sculpting’ and full skirts in powerful print stores that swished along the red carpet further supported the gala gown trend and hinted at toned down versions of the look to come from the industry for slightly-less-OTT occasions.

One key version of the gala gown look had a softer edge to it, largely courtesy of layer upon layer of silky sheers. These dresses  were delicate, romantic, and above all pretty in the most traditional sense of the word to make them hot picks for wedding and bridesmaid dress inspiration. It’s perhaps ironic that this fairytale dress revival has come just as some big traditional bridal specialists are struggling and high street stores are offering up looks that are much less frothy options for brides. Is the market ready for a big change along these girlier lines? We’ll have to wait and see.

The bow took its place as the star detail on the red carpet whether it was flouncy and dramatic, less a bow and more a dramatic piece of free-flowing fabric, or subtle and tiny, adding an edge to a dress with a line-up of neat mini bows. Its presence also highlighted two other trends - the importance of the one-shoulder dress and the impact to be made with an unexpected rear-view photo moment. Expect the detail to crop up on occasionwear across the age range as well as on dresses targeting the girlier end of the juniors market.

You can always rely on at least one sheer moment on any globally important red carpet and Sunday’s Golden Globes gave us plenty of them. But this was less about exhibitionism that usual, and showed that sheer could be surprisingly subtle. Think Saiorse Ronan in a dress constructed of strands of silver beads with subtle see-through, courtesy of Gucci, Taylor Swift in hint-of-sheer Versace, or Emily Blunt in lace by Alexander McQueen.

Get out the double-sided tape - the plunge front dress is back, placing the focus securely on the décolletage and putting extra pressure on what’s going on under the surface of the dress. Make no mistake, these dresses require artful construction and maybe a little extra help from the aforementioned double-sided tape. It’s not a look that will make a big impact on bridal (that’s a plunge too far for most brides) but in the age Boohoo, Missguided, Love Island and the like when overtly sexy looks are riding high, it’s a case of the high-end catching on to a key trend that’s already a big driver of sales in the mass-market.

The red carpet turning all-black last year meant there was a reaction tis time and solo black probably had its weakest showing in 2019. Instead, we saw a range of colours from sunny yellows to rich reds, orange-reds, some covetable shades of blue (from the palest to lavender blues, warmer and deeper tones), as well as corals, searing purples, and rich greens. It felt like a joyful celebration of colour  that was laying the ghost of Harvey Weinstein to rest and the bright florals of Molly Sims’ Marchesa gown added further weight to that trend. But also important was black and white, the fashion classic that’s rarely far from a red carpet. Kept ultra simple this time, it worked best on the understated Dior column gown worn by Charlize Theron and was an occasionwear gift for the woman who prefers her colour in a lower key. 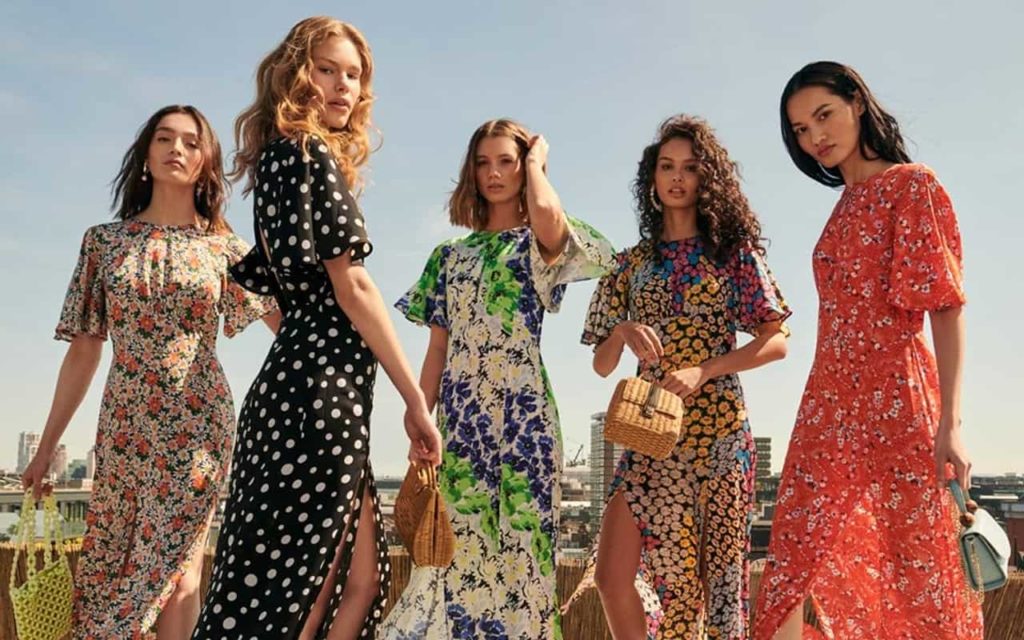 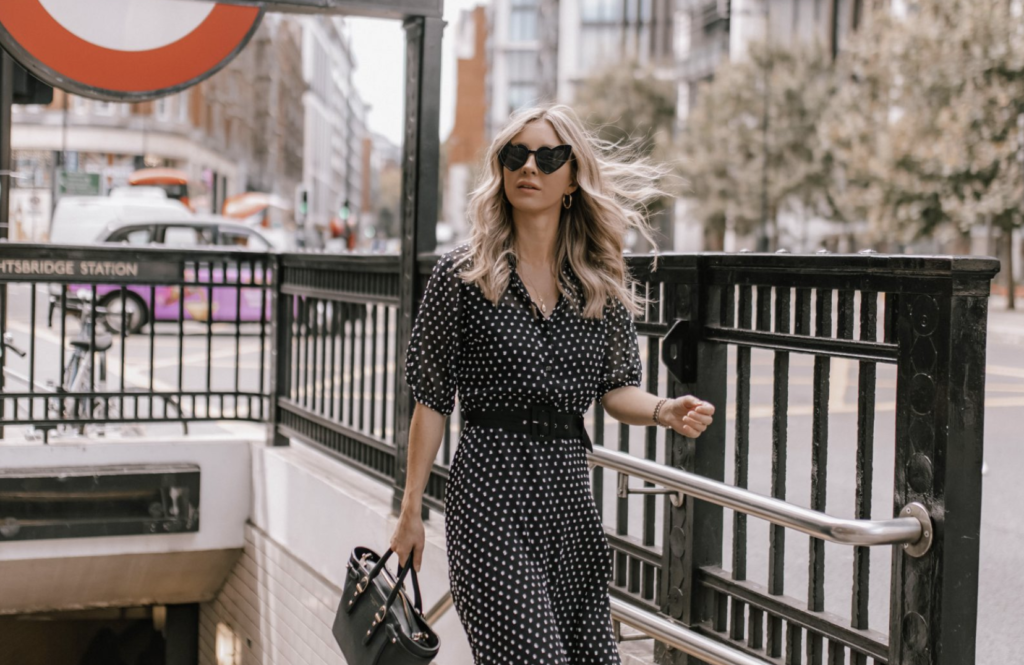 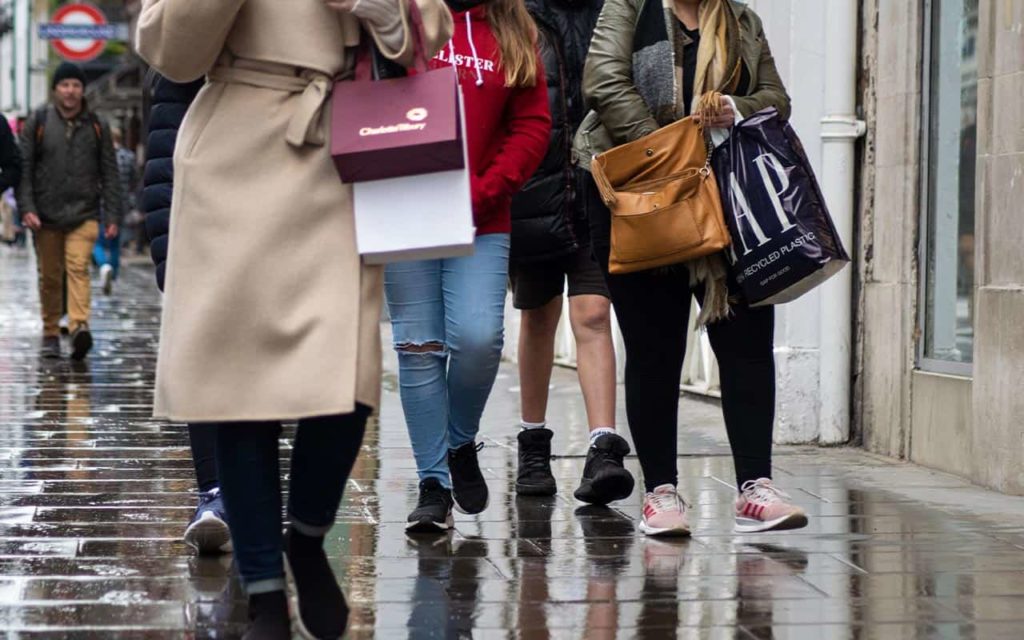