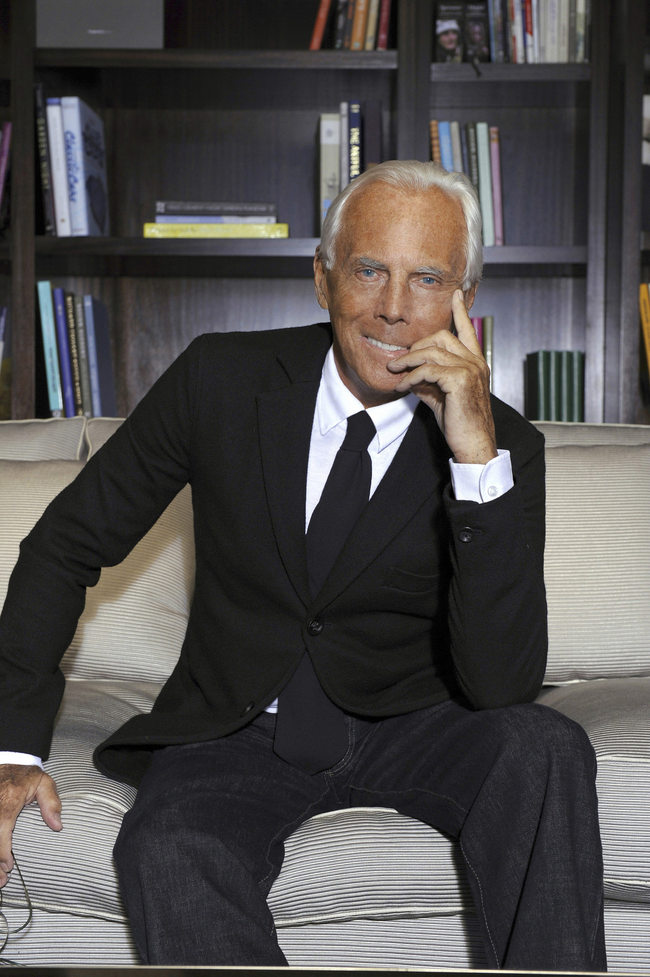 Giorgio Armani will receive the Outstanding Achievement Award at The Fashion Awards, organised by the British Fashion Council, in December.

The 85-year-old fashion design legend has been recognised for his creativity and outstanding contribution to the global fashion industry. He follows Miuccia Prada, Ralph Lauren, Karl Lagerfeld, Anna Wintour and Manolo Blahnik in receiving the flagship award to be presented at a ceremony which takes place on 2 November at the Royal Albert Hall.

Caroline Rush, BFC chief executive, said: “We are thrilled to be honouring Giorgio Armani with the Outstanding Achievement Award. With more than four decades in the business, Mr Armani’s contribution to the fashion industry is indeed outstanding. Renowned for his timeless vision of style and the brands’ ability to stay relevant, he has led the way where other brands have followed. We look forward to celebrating with him in London in December.”

Armani founded his fashion brand in 1975 and continues to be involved in all decisions concerning design and style at the business, as CEO and Chairman. His empire had grown from his main ready-to-wear line to include three brands Giorgio Armani, Emporio Armani, and A/X Armani Exchange.

The designer released his first fragrance in 1982 and his first home collection in 2000. In 2005 he launched his Haute Couture collection in Paris, and in 2010 he opened the first Armani/Hotel in Dubai. A second followed in Milan in 2011.

In 2016 he established the Giorgio Armani Foundation, which implements projects of public and social interest and to ensure that the group’s governance assets are kept stable over time.

The designer has always been involved in the support of humanitarian efforts including, among others, UNICEF and Green Cross. In Italy, he has been recognised for this work in promoting Italian craftsmanship with the title Grande Ufficiale dell’Ordine al Merito della Repubblica Italiana and in 2008 he received the French Légion d’Honneur in Paris.

In 2000, Armani honoured for his remarkable cultural and sociological impact with an exhibition at the Solomon R. Guggenheim Museum in New York. Other achievements include the Award for Best International Designer, Lifetime Achievement Award for Menswear, Art and Fashion from the CFDA and the first Rodeo Drive Walk of Style Award, making him one of the most prominent leaders in the industry.