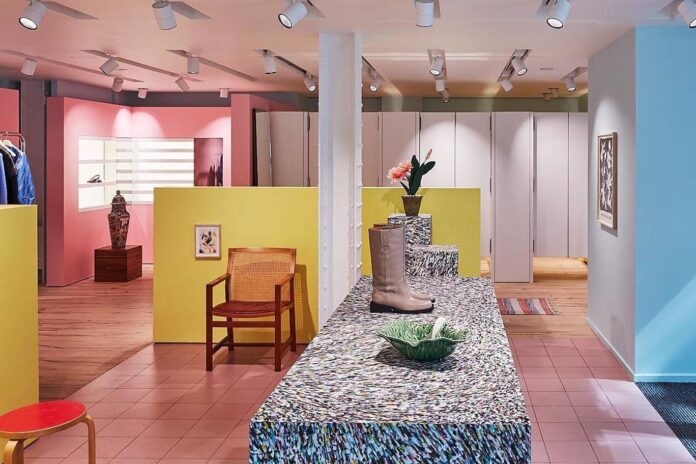 Ganni, the contemporary and sustainable Danish womenswear brand, is set to open its second London store in Covent Garden.

The brand, which will re-open its store in Soho today after lockdown, has revealed in a communication to customers that it will soon be opening in Floral Street. An opening date has not yet been confirmed.

It opened its first boutique in London last August which was fitted out using environmentally conscious materials and also introduced a garment take-back scheme allowing customers to bring any brand’s clothes to the store for recycling.

The Soho store on Beak Street re-opens today with a number of new safety measures in place such as hand sanitising stations, limited fitting room capacity, a rigorous store cleaning programme and limits on customer numbers.

Ganni was founded in 2000 as a cashmere brand but was husband and wife team Nicolaj and Ditte Reffstrup joined nine years later and then transformed it into a globally renowned contemporary brand, whose growth has been fuelled by social media.

In 2017 the company sold a majority stake to private equity house L Catterton as part of a move to take the brand global. L Catterton’s shareholders include LVMH and Group Arnault.

As well as its own stores and e-commerce channels, Ganni has an enviable wholesale line-up with stockists including Matchesfashion.com, Mytheresa, Net-A-Porter, Selfridges and premium independents such as Iris Fashion.