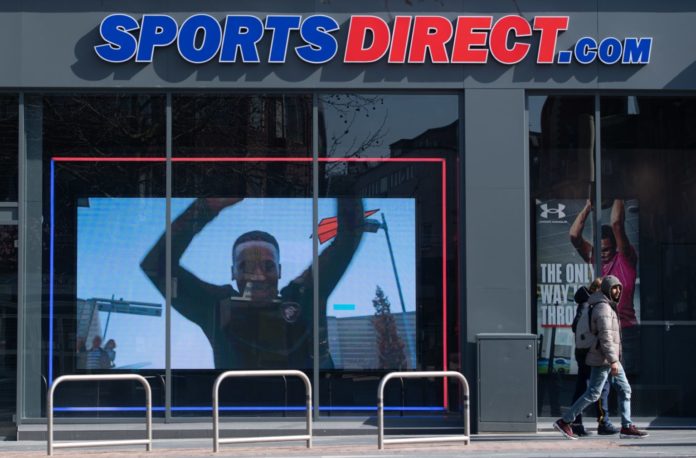 Mike Ashley’s Frasers Group could begin to open its stores from 1 June and has confirmed that all staff, whether furloughed or not, will receive 100% of their salaries for May.

The group, which owns Sports Direct, House of Fraser, Flannels, Evans Cycles, Sofa.com and USC, has written to its staff to inform them of the decision on salaries but it also says the senior management will remain on salaries capped at £40,000 and the group’s CEO Mike Ashley will continue to forego his salary for now.

In a letter to staff Ashley said: “Although not guaranteed, it appears we may be able to begin opening our stores from 1 June 2020. If this is the case, we will be prepared for all social distancing and safety guidelines laid out by the government.

“Further to this, our online offering for our sporting goods, fitness equipment and other products has continued trading during this lockdown. Thanks to the incredibly hard work of the warehouse and logistics team, and the diligence of our health and safety team, we have dealt with the demand and remained open and operational throughout.

“It is, therefore, with much pleasure and relief that I write to you today, to inform all direct Frasers Group employees that we will not implement any salary reductions for May. Our people will receive their full expected salaries, as they did in April. This applies to both furloughed and non-furloughed employees. We’re very proud to be one of the only retailers to pay everyone 100% of their salary during this period.”

The group had come under fire for MPs at the start of the crisis for attempting to argue to Government that its Sports Direct stores should be allowed to remain open as they contribute to the health of the population. But Ashley quickly backed down on the matter and issued a public apology.