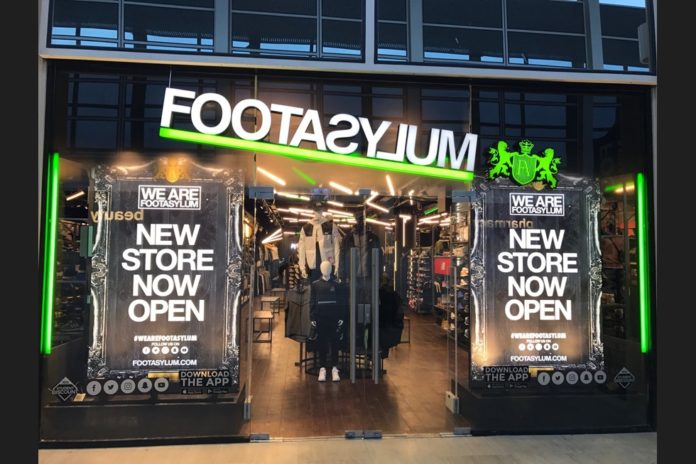 JD Sports’ attempted takeover of Footasylum could result in customers being worse off, with younger shoppers and students particularly hard hit, according to the competition watchdog.

The Competition and Markets Authority (CMA) has said its provisional ruling is to block the deal – which could see JD Sports forced to sell the business.

Investigators said: “JD Sports’ takeover of close competitor Footasylum could leave shoppers worse off, both in store and online.

The CMA added that there could be fewer discounts, lower quality customer service and less choice in stores and online.

Explaining its reasoning, the watchdog added that the sports clothing and footwear market in the UK stood at £5 billion in 2018, and is growing. But with the two rivals merging, shoppers could be stung.

Kip Meek, chairman of the independent inquiry group leading the investigation, said: “We’re currently concerned that shoppers could lose out after the merger, for example through fewer discounts and less choice in stores and online.

“This could particularly affect younger customers and students, who shop in JD Sports and Footasylum.”

JD Sports now have two weeks to put forward possible remedies, but the CMA added that its “current view is that blocking the deal by requiring JD Sports to sell the Footasylum business may be the only way of addressing these competition concerns.”

A final report will be published by May 11.

JD Sports hit back at the decision, saying the findings “do not reflect the intensive and dynamic competitive reality of the UK sports retail market today.

“The CMA has failed to recognise and accept clear evidence of the rapidly changing nature of this market, which has materially altered even during the period of the CMA’s review.”

Peter Cowgill, executive chairman of JD Sports, said: “The CMA’s provisional decision is fundamentally flawed and demonstrates a complete misunderstanding of our market to an alarming extent, given its six-month review.

“The competitive landscape described by the CMA is one which neither I, nor any experienced sector analyst, would recognise. Just take a walk down any major UK high street or search for Nike or adidas trainers on Google and you can see for yourself how competitive this marketplace really is.”