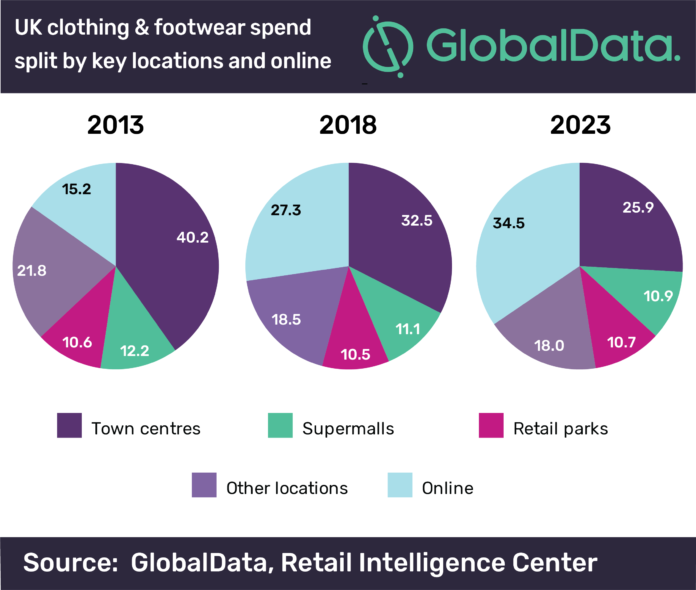 Major retailers including Marks & Spencer, Debenhams, New Look and Arcadia, are set to close a significant number of stores over the next three to five years. According to GlobalData, town centres will be the hardest hit locations with clothing and footwear spend forecast to decline by 13.8% (£2.4bn) between 2018 and 2023.

Sofie Willmott, Senior Retail Analyst at GlobalData, said: “As a greater proportion of shopper spend shifts to digital channels with online penetration in clothing and footwear set to reach 34.5% by 2023 – more than doubling since 2013 when 15.2% of clothing & footwear sales were online, offline locations are losing out.”

A 2,000 UK respondents survey conducted in February 2019 by GlobalData showed that 40.6% of consumers would choose to shop online if the retailer they usually shop with closed the store they normally purchase from.

Essential purchases will prop up high streets as the convenience of the location will remain appealing for purchasing items such as food and health and beauty, where a wider retailer and product choice is less important in comparison to clothing and footwear, according to Globaldata’s 2018 survey of 10,000 shoppers.