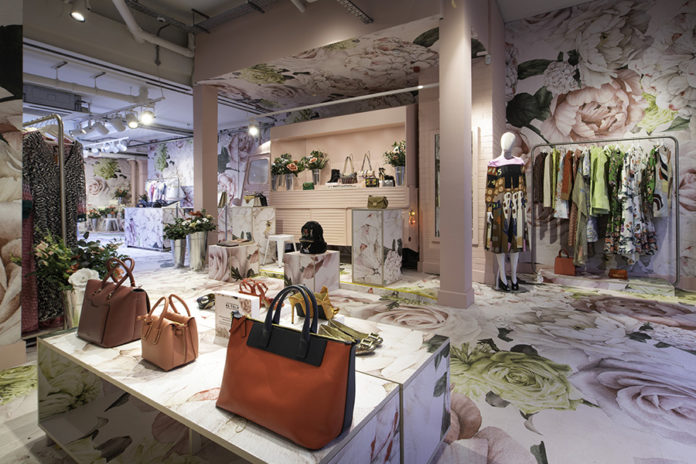 Fashion Re-told, the luxury charity pop-up shop from Harrods, is back for its second year. This time it will be situated in the heart of Marylebone selling pre-loved items from brands such as Stella McCartney, Chloé, Self-portrait, Calvin Klein and Ralph Lauren with proceeds going to the NSPCC.

This year the bar has been raised in terms of experience. Inspired by an English summer garden, the space has been designed by Harrods and features a show-stopping floral entrance designed by luxury florist Flowerbx and is scented by NSPCC supporter Jo Malone London.

Landlord Howard de Walden Estates donated the space, which will also host pop-up events, talks and workshops for members of the public. 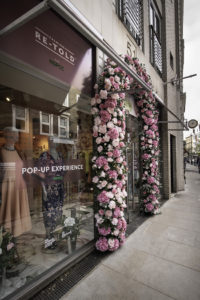 Last year’s Fashion Re-told store on Sloane Street raised £110,000 for the NSPCC and the proceeds from this year’s store will go directly towards the NSPCC’s vital services in the capital, helping to fund Childline, Speak Out, Stay Safe, school assemblies and NSPCC service centres.

Harrods managing director Michael Ward said: “Harrods is synonymous with luxury retail, and our employees are the industry leaders in designing and delivering the most luxurious shopping experiences for our customers. With Fashion Re-Told, our ambition is to change the public’s perception of charitable shopping by offering a Harrods-level of service, product range and shopping experience. 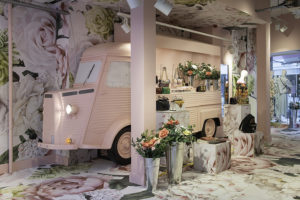 “We want Fashion Re-Told customers to leave not only knowing that they have raised money for a hugely important cause, but also having bought a luxury item and experienced a truly unique shopping experience.”

Peter Wanless, NSPCC CEO, added: “Following the success of last year’s Fashion Re-Told, we are really excited to be working with Harrods to launch London’s most luxurious charity pop-up for the second year in a row. They continue to show a real dedication and commitment to helping children in the capital. 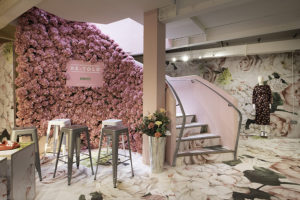 “We know that in the average primary school class, at least two children have suffered abuse or neglect – something that is unacceptable. The funds raised by Fashion Re-Told and our ongoing partnership with Harrods will help to provide vital support for children, so they don’thave to face abuse alone.”

Harrods and the NSPCC are long-standing partners and so far Harrods has raised around £800,000 for the charity’s activities in London.

Fashion Re-Told will open its doors from 2 May–2 June, at 51 Marylebone High Street.