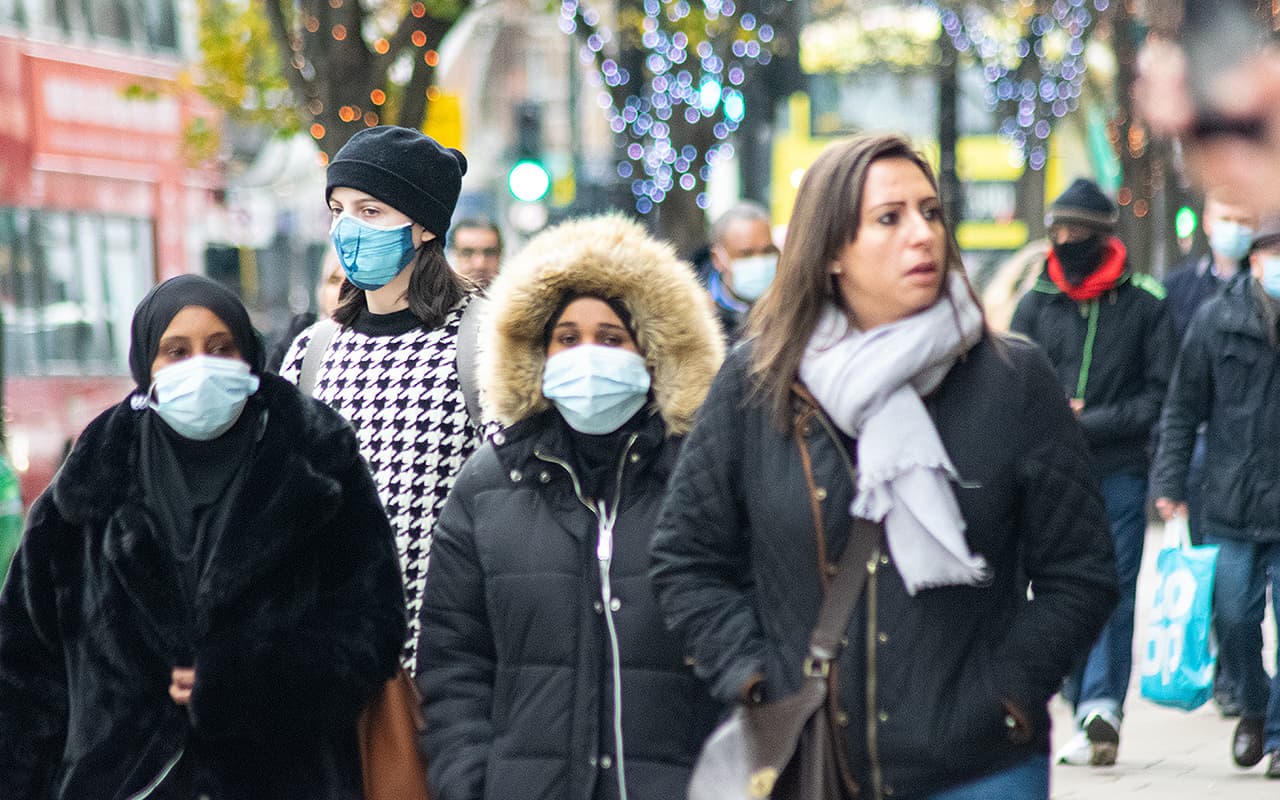 With a week of trading under their belts since England's Lockdown 2 came to an end on 2 December, 2020, and taking in the first weekend which happened to incorporate "Small Business Saturday" (which was said to be the most popular ever), independent fashion retailers in Tiers 2 and 3 give their verdicts on in-store trading again and their outlooks for business in the run up to Christmas.

We’re currently in Tier 3 and, to be honest, it’s hard to see that changing in the immediate future given the current rate of infection. We’ve had a pretty solid week since reopening all-in-all. Footfall hasn’t been that great, but our customers are shopping with purpose and our rate of conversion is encouraging.

I think people are happy to be able to shop with us at the moment. Opportunities to socialise in our area are few and far between given the current Tier 3 restrictions, and so it’s a great opportunity for some much-needed human interaction that everyone has been missing.

It’s hard to say if "Small Business Saturday" had any real impact, but there is definitely a growing overall understanding of the need to shop small and local. Thankfully, Beverley is well served by a wide variety of independent businesses.

We had a significant increase in our online sales and our click and collect during Lockdown 2, and local delivery services continue to be popular. We’ve only recently ended our Black Friday promotion and so our stores are all trading at full price, but there is an ongoing outlet section on our website.

I think it’s reasonable to expect a good trading period in the run up to Christmas. Given the difficult year that we’ve all experienced, I think there’s a general feeling of wanting to make the most of Christmas and to treat the people we love.

Inevitably the e-commerce giants will see gains of Christmas shopping as non-essential stores have been forced to shut for long periods twice now, but there’s definitely a growing community who do their best to support smaller businesses.

In terms of what’s been in demand, unsurprisingly loungewear and comfortable casualwear is performing well and our premium footwear brands are a definite sweet spot. Brand-wise, Carhartt and Armor-lux are consistently good, but the hit product this season so far would have to be the slippers from Birkenstock.

My outlook for future trading is that it’s going to be challenging for sure, and there will inevitably be further casualties on the high street, but we have to try to remain optimistic. 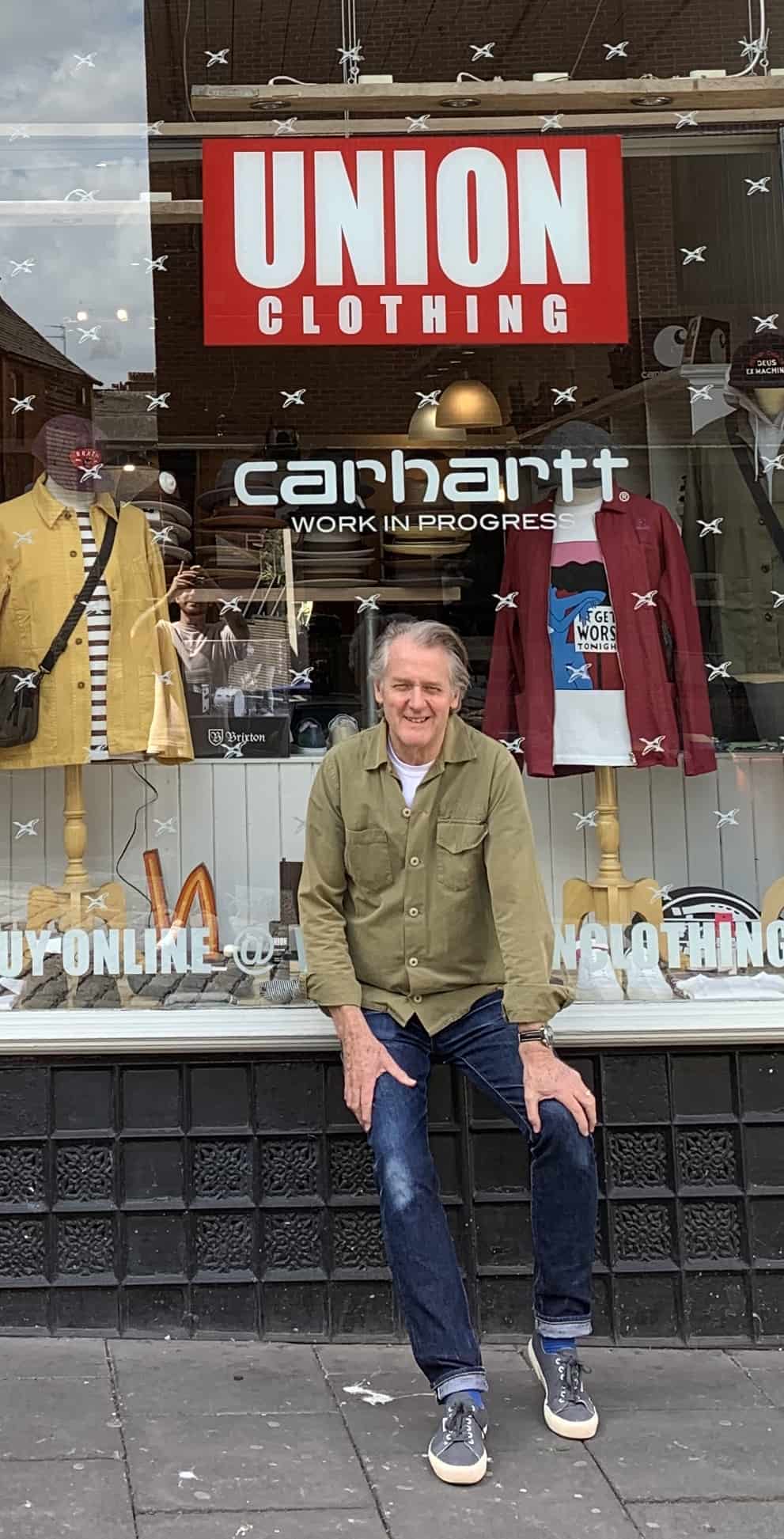 I think people are being a bit cautious on the clothes shopping front, or they’ve already done a lot of it online. Business is still ticking over. It’s started to get a bit busier this week, but the first few days of being back open last week were quiet until Sunday really, which was a strange day to get busy. I don’t think "Small Business Saturday" had much effect.

The problem with the street that we’re on – we’re at 35 High Bridge – is we’re the only store open. It’s mostly pubs on High Bridge, and it’s a famous Newcastle drinking street, but everywhere is closed apart from one coffee shop and ourselves, as we’re in Tier 3. I can’t understand why London is in Tier 2 and Newcastle is in Tier 3 when our infection rate is lower – it’s crazy. Hopefully, when they give a fresh announcement on restrictions on 16 December, we’ll go down in to Tier 2. But nobody knows as yet.

We’ve been offering free shipping online, but we’re not big on Sales or promotions. Trading online during Lockdown 2 was up, and our new click and collect service has taken off. Rather than people shopping around, they seem to like just picking up their parcels and leaving!

The usual suspects have been performing well, Carhartt and Edwin jeans, and we’re selling a lot of accessories for Christmas gifts – especially socks. Kleman, a French footwear brand which is quite new for us, has also been doing well, as has Parra – another new brand for us from The Netherlands.

Are we expecting any Christmas cheer in the run up? Maybe if we start offering a free glass of whisky or mulled wine with every purchase in store seeing as how the pubs are shut! Is that against the law?!

To be honest, in the wake of all this, our customers remain quite upbeat. I think they’re pleased they can at least get out and do a bit of shopping but, with this being Newcastle, they’re upset that they can’t get a drink anywhere. In that respect, people are getting fed up with the restrictions. I’d say people are generally abiding by the rules though, it just seems to be a lot of the under 20’s who don’t seem to care less.

The first week back trading since Lockdown 2 has been "OK". The first weekend was certainly not amazing, but it’s good to be open again. Is it busy? No. I think there’s a slight misinterpretation that we can make up what we’ve lost, because that’s ridiculous.

We’re now in Tier 2, but hopefully dropping down in to Tier 1 as soon as possible. We have very low rates of infection here in this seaside town and everyone was a bit shocked we were put in Tier 2.

Footfall has been hugely hit. Any momentum that we had regained through the summer and into the autumn - and it was feeling positive - has just been wiped out by the last lockdown, and everyone has done their shopping online. It’s a complete screw up if you ask me!

We’re very lucky in that we have a very loyal customer base, and that’s what has helped us survive for the last 18 years, regardless of this year. We’ve always relied on that, though I think there is definitely more of a sentiment to support local businesses now. Whether that remains, in the shadow of Amazon, we’ll have to see.

I had to permanently shut our two other branches – in Burnham Market, Norfolk, and Aldeburgh in Suffolk - when the first lockdown hit. It became apparent to me that the government support packages that were on offer were not going to be enough, for long enough.

In our industry, we’ve basically lost a whole year’s worth of full-price stock sales. The first lockdown happened at the start of the spring/summer season, and by the time we reopened it was about getting barely cost-price back – if we could clear it. Then the second lockdown wiped out the autumn/winter collections and now people are offering up to 50% off in Sales. We’re not fully on Sale ourselves, but we’re having to price match.

There have been some star performers for us this winter though. Women’s outerwear and boots have been amazing. Brands such as Rino & Pelle and Shoe the Bear have done particularly well. Menswear is a small part of our business, but Belstaff and Barbour have done alright. Our customers don’t shop a lot for menswear online, but womenswear is our big business.

Thankfully, I’ve always believed in our online business, and that has been robust enough, and relevant enough, to get us through this. It’s fair to say that without online we’d be dead. Before Covid-19, online only represented about 12%-15% of our turnover, but now - with just the one shop and online – it’s more like 40% of our turnover. Saying that, year-on-year we’re about 50% gross turnover down.

Things are going to be tough, but I’m glad I’ve made the decisions I have, and we will survive, though I’ve had to let over half of our staff go. For independents, with the high street having a good old sort out, if we can get through the next year, things could be looking a lot better. I also think people will start to look for things that you can’t get everywhere. Trying on clothes is still really what people want to do before buying something. I am optimistic about the future, but it’s very ropey ride ahead for the next six-nine months at least. 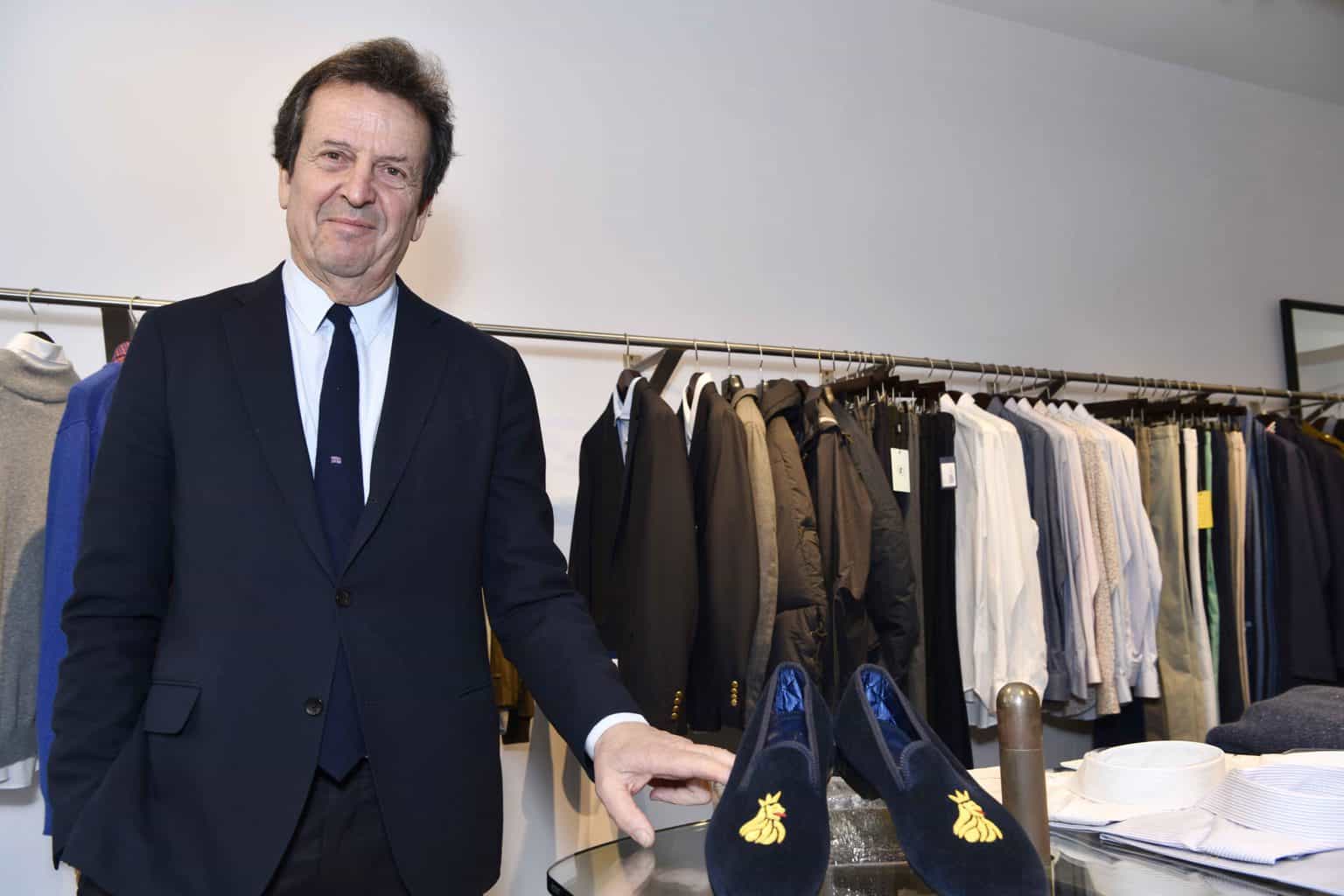 Since reopening after the second lockdown, it seems people are happy to be out and about. We have been seeing our regular customers, and the first weekend back has been refreshing from everybody’s point of view.

We also have a couple of stores in Paris, which reopened around the same time last week, but the big difference is there are no restaurants or cafés open in Paris as there is in London – currently in Tier 2 - so the people are miserable! Whereas, I’ve been telling my friends they can come over to Connaught Street and go for lunch, for a coffee or for a drink in the pub – with food. Yes, there are limitations, but being able to do those things makes a big difference to people’s moods, which also makes them more likely to shop. So, London has actually been better than Paris.

In the run up to Christmas I think people will come out to shop, but will it be like last year? Of course it won’t. But the fact that everything is open, the cafés and so on, makes such a big difference all round. There’s life.

I can’t say there was any real take up on the "Small Business Saturday" campaign. Our customers buy what they want, how they want and when they want. We do a little bit of business online, but it was more on an ad hoc basis during the lockdown as we have a very small team. As the shops were shut, we came in once a week to deal with the orders. It ticked over, but we are a small business, we’re not batting in the first division.

However, we put a lot of emphasis on service in store, which is part of the DNA of what I’ve always done. We like to make sure the customer is happy, then they will come back for more. They like the atmosphere, décor, clothes and the interaction in a nice shop. That’s what it’s all about.

We opened the women’s store five years ago at 27 Connaught Street, almost immediately after I left Browns, and the men’s followed at number 31 two years later. They call this area Connaught Village, and it runs parallel to Hyde Park. It’s a bit of secret, off the beaten path, but it’s a lovely street and area, with great old buildings.

We mainly trade with locals, as there’s no real footfall – it’s more of a destination. So, we’ve got to make a lot of noise in the right way to get people to come. We’ve built up a customer base, but it’s not been easy. It’s about changing people’s habits and promoting the area. It’s a nice place to be.

The women’s shop is a curated mix of young designers. After Browns, I didn’t want to do any big brands, I wanted to go after and promote young lesser-known but very talented designers such as Yves Salomon, Patou, Ulla Johnson, Nili Lotan and MII Collection. They are different, but also value for money.

On the men’s side, we have some brands such as Lardini and Brady Bags, but Leathersmith of London is our main brand, and our own brand. It actually dates back to 1839 – making leatherbound diaries. We’re doing lifestyle products, including shirts, knitwear, trousers, lambswool scarves and beanie hats – which are doing well for Christmas gifts, as well as the leatherbound diaries, address books, note books and small leather goods. It’s timeless elegance, and British craftsmanship.

Last Wednesday, as we came out of Lockdown 2, we actually opened a men’s Leathersmith of London pop-up shop just off Jermyn Street in Princes Arcade, St James’s. It’s immediately had a great reaction - people love what we do, and we’ve got it for two months. 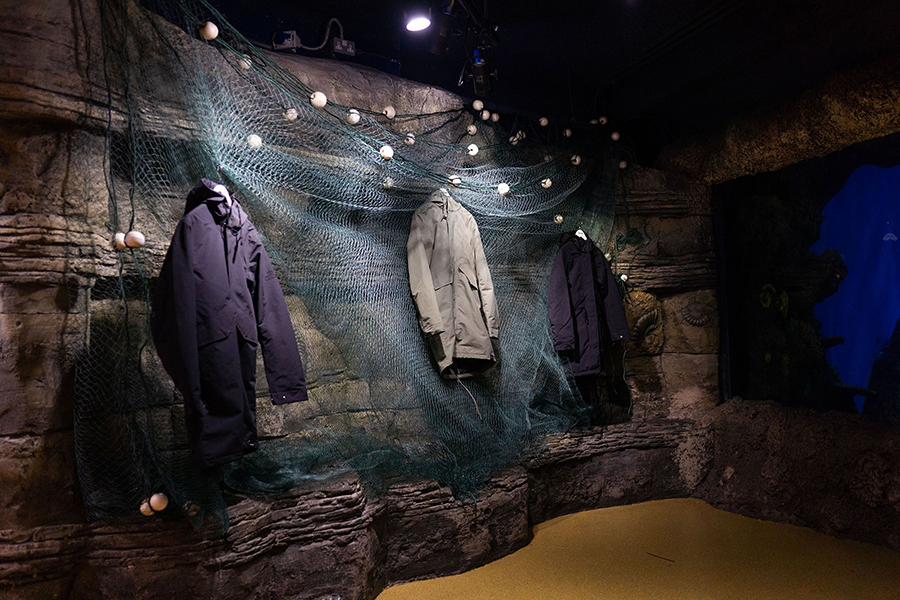 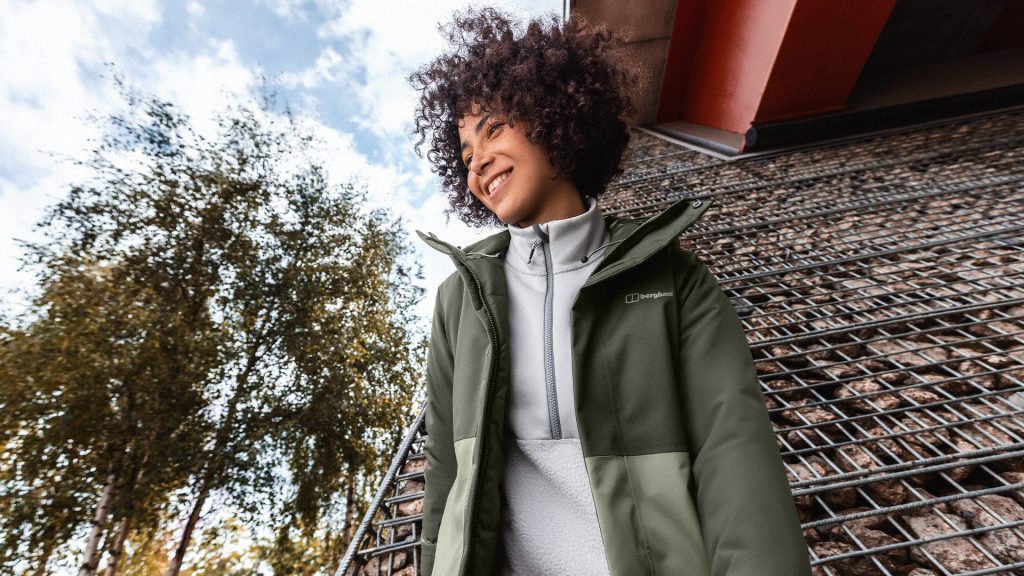 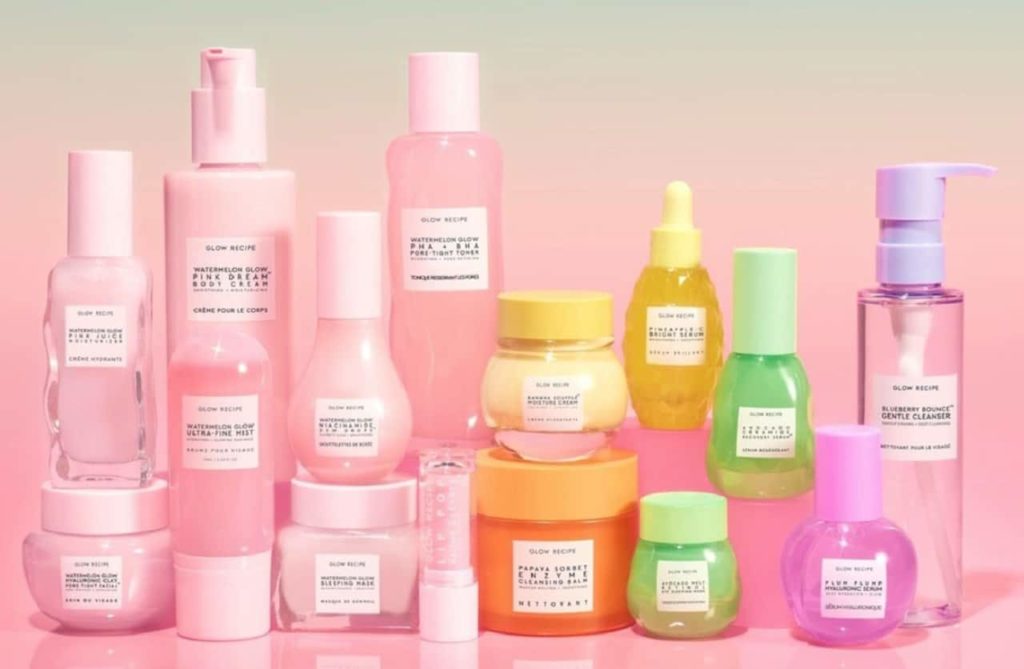