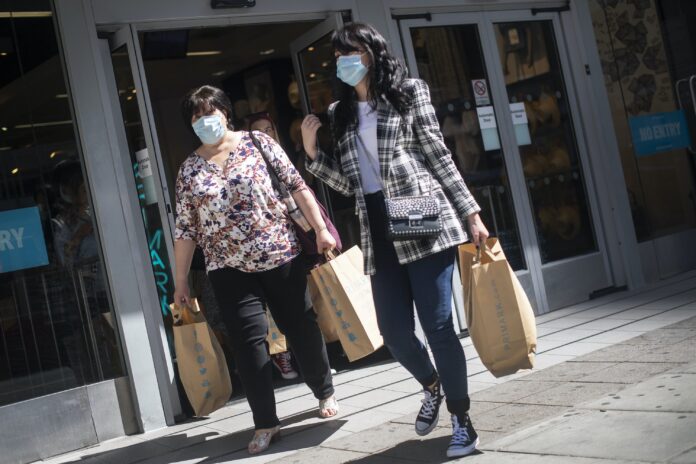 Face coverings or face masks must be worn in shops in England from 24 July with shoppers risking a £100 fine if they fail to do so.

The Government will reveal the measures tomorrow (14 July) bringing forward its announcement due to confusion sewn by Cabinet Office Minister Michael Gove at the weekend. Gove said while he thought masks or face coverings “should” be worn in shops, he didn’t think it should be made mandatory.

This contradicted comments made by Prime Minister Boris Johnson on Friday when he hinted that a law would be passed to make face coverings obligatory in stores. Johnson  today said he too though the public “should” wear face coverings in shops and the Government was looking at which “tools of enforcement” it could use to ensure compliance.

One such tool now appears to be a £100 fine (reduced to £50 if paid within two weeks) and shop workers will be expected to encourage customers to comply with the new measure, though are not expected to enforce it.

A spokesperson for Number 10 confirmed the measure, saying: “There is growing evidence that wearing a face covering in an enclosed space helps protect individuals and those around them from coronavirus.

“The prime minister has been clear that people should be wearing face coverings in shops and we will make this mandatory from 24 July.”

The rules will apply to supermarkets and other stores with other locations being kept under review.