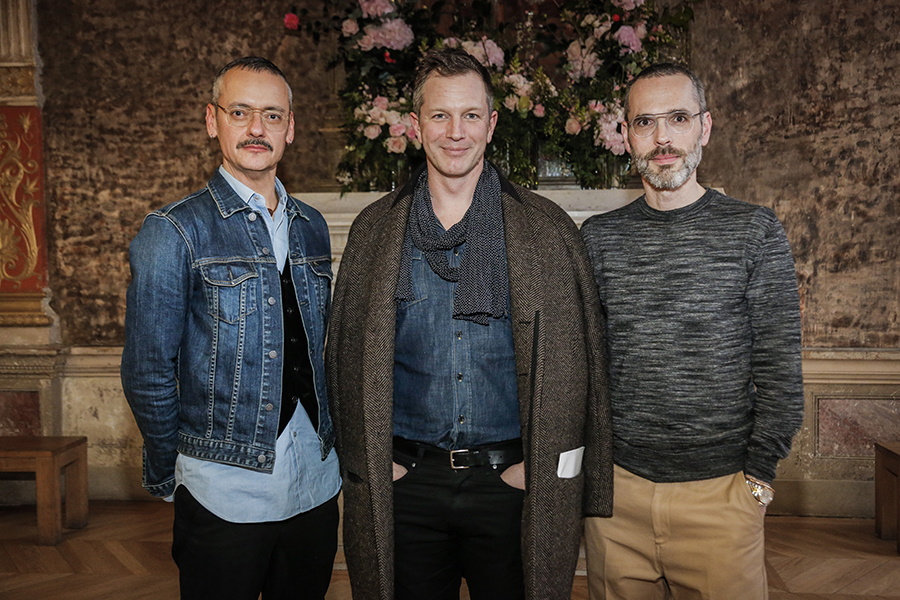 Exclusive preview: curator Thierry-Maxime Loriot takes us on a tour through the Viktor & Rolf exhibition at The Kunsthal

When you think of fashion, do you immediately think of art? “Viktor & Rolf Fashion Artists 25 Years”, an exhibit celebrating the works of the dynamic duo of haute couture, Viktor Horsting and Rolf Snoeren, is designed to support the concept that fashion is art. It just opened to the public at The Kunsthal in Rotterdam.

This special exhibition is a homecoming for the designers and they trusted the curation of internationally renowned Thierry-Maxime Loriot. You will know Loriot from his previously successful international exhibition on Jean Paul Gaultier. Loriot has also written books on Gaultier, Peter Lindbergh and will now have a book to accompany this exhibit.

Loriot curates history lessons come to life, and for “ Viktor & Rolf Fashion Artists 25 Years” his approach will be the same. The exhibit will highlight iconic images and Viktor & Rolf’s collaborations from 25 years of being in business. Collaborations featured in the exhibit include costumes for the National Ballet, the bespoke clown outfits for Madonna’s 2016 Art Basel Miami charity benefit, and the wedding dress for Princess Mabel of Orange - Nassau and her subsequent memorial gown worn for the funeral of Prince Friso (which was fashioned out of her wedding dress). Princess Mabel opened the exhibition to the public on 26 May.

Ahead of the opening, Loriot invited The Industry on a private, behind-the-scenes viewing of the installation a week before the opening.

Viktor & Rolf are considered to be non-conforming designers who have carved their niche by designing without mass consumption in mind. Taking this into account and considering that Loriot only works with living artists he was urged to collaborate with Viktor & Rolf. A friend of Loriot’s had been trying for several years to arrange an introduction for him to Horsting and Snoeren.

By chance, Loriot was dining at a small Japanese restaurant in Paris when the waitress told him the designers were dining in the back. “She asked me if I knew them since she knew my work. I went to back of the restaurant and introduced myself and said we should work together and their response was ‘what about now?”. From that conversation the idea of this exhibition was formed.

“I only work with living artists. I want them to come here and be happy. They are probably the only ones that you always know their work.” When asked about how these exhibits of living artists compare to that of those that have passed he sees no difference. But he wants it known that this is not "a funeral" but rather a celebration of their success.

Before this exhibit, Viktor & Rolf’s work has previously been featured in Australia at the National Gallery of Victoria in Melbourne. Loriot wanted to curate a bit differently to demonstrate the designers’ place as “Dutch national treasures”.

To start on research Loriot began combing through archives of V&R’s work. He also asked what Horsting and Snoeren wished to be featured. “We both did a list of 35 and it was very simple I asked them to do their ‘best of’ list. We placed them together, out of 35 we had about 30 on each of our lists that were exactly the same!”. This exercise granted Loriot 78 pieces to feature and it was comforting to him that they were on the same page.

Loriot also knew this was a perfect opportunity to showcase special items that haven’t been viewed by the public before now. Pieces were gathered from the Viktor & Rolf archives, lent by private individuals, and lent by the Dutch art collector Han Nefken. “It is difficult to find funding for that which isn’t commercial,” he stated in his introduction of the designers at the opening of this exhibit. Hans made the choice to bolster V&R’s place in Dutch history by purchasing their collections for the explicit use of loaning them to museums. He too wants everyone to know the value they add to the Dutch culture.

When discussing the theme for this exhibit and Loriot’s ideas for the visitor experience he had several goals in mind. “The idea is to have a democratic approach. This isn’t commercial, its artistic." He wants the masses to appreciate this curation as he references his 10 and 14-year old nephews or his father, a lawyer, who may not readily wear haute couture, “so you find a way to connect to them”.

Emily Ansek, director of The Kunsthal, supports this vision. “You’re very eloquent about it and very clear,” she notes that it is easy to expect interest from people who read the catalogues and the topics are inviting to discuss. She emphasizes what is important to gain the interest of everyone visiting, “working on the educational portion because that’s our mutual mission. This exhibit is a road for the audience to bring art to people who aren’t on the first row of a fashion show on the runway. Fashion is art, art is fashion.”

Loriot knows that his exhibit will be seen through the eyes of diverse groups of people visiting the museum. “When people ask me ‘is fashion art?’ I say ‘yes, this could be art, that can be art’ there’s always the perception you have and its very personal. For that reason, Loriot does not use glass partitions in his exhibition as he wants the visitors “to see this in real life, to see all the details” where someone may not typically have that access.

Since the garments will not be behind protected glass visitors will have a unique experience to be immersed in the fabric, the small details one wouldn’t see on the runway and, most importantly. the details that give way to a narrative.

Those narratives are often centred around political statements, social justice, economic strife, and general messages that Viktor & Rolf wish to convey. As the visitor walks through the installation they will be transported between catwalk and atelier as they view the designs worn by prominent models, actresses, music artists, and even royalty.

At the unveiling of the exhibition, both Horsting and Snoeren describe how they find the genesis of each collection. Rolf: “the concept starts with language; like the ‘NO’ collection. Starting with text and building on that.” Viktor: “It’s a constant dialogue”. Working together for this length of time has afforded the designers the opportunity to build upon what they each devise year after year. Says Rolf: “we start with the A4 (paper) and go from there”.

“Viktor & Rolf actually have the idea of the runway first,” it is then that they work backwards to design their collections, Loriot mentions as he shows us the first installation which is designed to mirror a runway with mannequins rotating 360°.

The larger area of the exhibit is set against wallpaper featuring sketches of Viktor & Rolf spanning their entire career. Each vignette tells a story that is indicative of their body of work. Some stories are obvious, others require context, for example, there are the “Red Carpet” looks made from actual red carpet or the display of the dress from the “Chainsaw Massacre” collection with huge chunks of fabric removed as a nod to the economic distress during that era. On the current topic of sustainability, you’ll see the “vagabonds” pieces, which were created by reusing fabrics and methods to make something old, new again.

The theme of fashion as art comes up again in the discussion with Horsting and Snoeren, in conversation with Loriot ahead of their unveiling. Horsting and Snoeren detail their earlier years designing out of school. They come from very humble beginnings: “My dream was to be a fashion illustrator then I met Viktor and that dream changed”, expressed Snoeren while Horsting adds, “I was fascinated by perfume ads in magazines.”

The designers explained they met in school and were used to complimenting each other’s work. After school they hadn’t a job in Netherlands, so they decided to go to Paris to be in the centre of haute couture. “We won a few awards and were called to the stage as ‘Viktor and Rolf’ so that’s what we became [as a label].”

Their fashion has always been viewed as art – they started doing exhibitions in art galleries to show their work since they didn’t really understand how to navigate the fashion industry. An act of good fortune and perhaps a factor in shaping their identity, “the galleries accepted us”, Horsting stated. Their 1999 Haute Couture presentation where Viktor & Rolf designed layers of outfits for the model, Maggie Rizer, to peel off during the presentation, eschewing the traditional catwalk experience, was the turning point in their career. People realized their work was fashion but just displayed in a different way, on the human form.

As a final thought in the conversation, Loriot asked the designers “are you fashion designers or artists? How do you describe yourself?” Their reaction was a mixture of chuckles and contemplation with the response that they deem themselves to be conceptual artists. Their designs will continue to be conceptualized as art as they no longer focus on ready to wear collections.

“We stopped ready to wear because it wasn’t a success and our hearts weren’t in it,” Snoeren declares. “There was no time to think, you had to follow trends and there were constant non-stop deadlines. Our talent is better on something else. Designing our way.” This statement is apropos to the scores of fans and collectors that love the designers for their individual and unique handwriting that is undeniably Viktor & Rolf.

The most important message that Loriot wants visitors to take away from this exhibit is the inspiration they can bring to others. V&R come from a remote village and this will be inspiring to younger generations. 25 years later is a very successful story. You see more creators and artists that can be completely different than the norm and can still be successful.” “It is important to understand the value of them as Dutch national treasures. As Oscar Wilde said ‘Nowadays people know the price of everything and the value of nothing’.”

“Viktor & Rolf: Fashion Artists 25 Years” is open to the public from 26th May through September 2018 at the Kunsthal in Rotterdam. The exhibit is sponsored by Vogue Netherlands and ING. 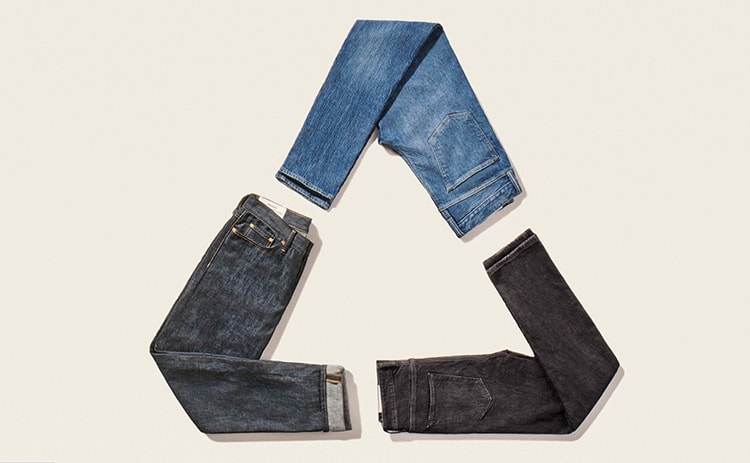 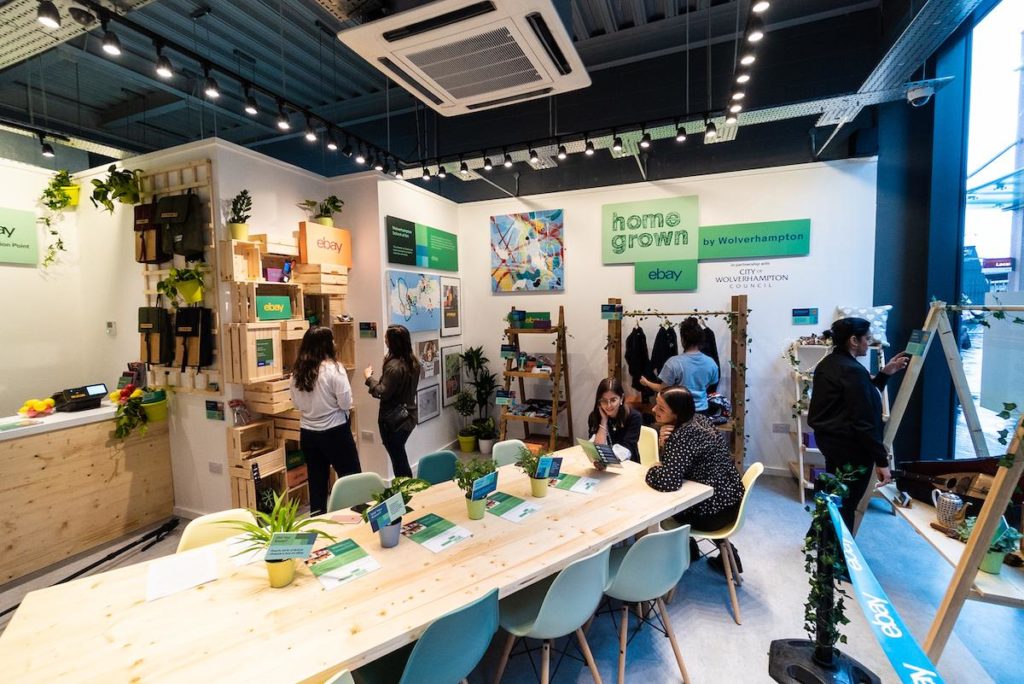 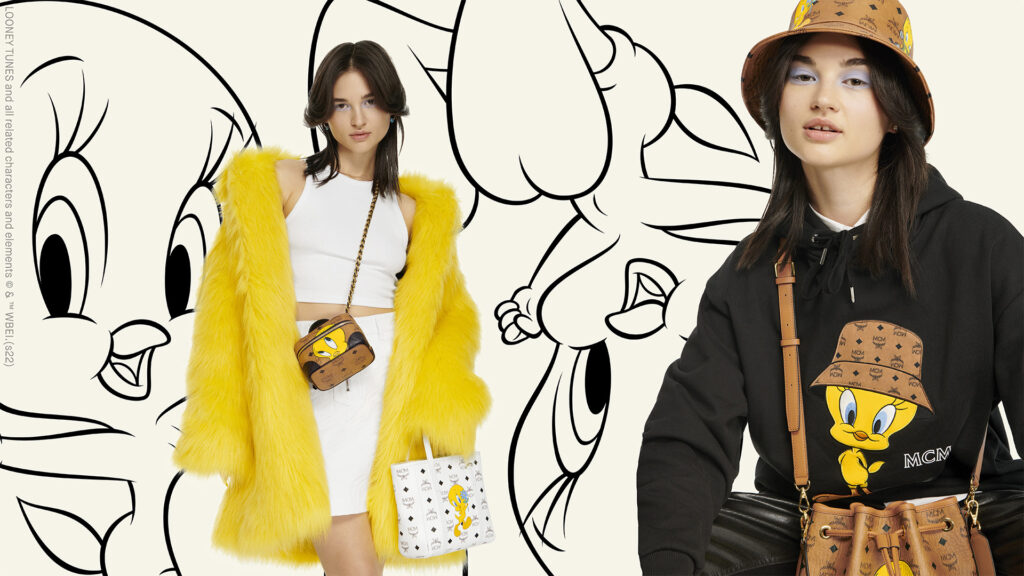