Our fashion events span exclusive In Conversations, practical Masterclasses and Forums; these fashion industry events are held in inspiring locations. Use our fashion networking events to make that all-important connection. 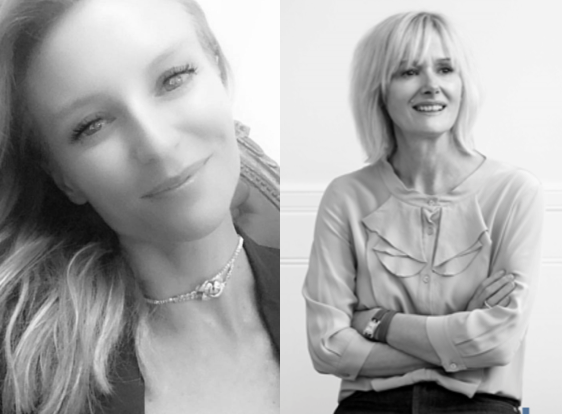 We will be hosting the next of our “In Conversation” series in partnership with Klarna, at SKETCH in London’s Mayfair. Date TBC.

Lauretta Roberts, TheIndustry.fashion’s Editor in chief will be in conversation with fashion retail royalty Jane Shepherdson who is now Chair of My Wardrobe HQ and the trailblazing rental platform’s CEO & Co-founder, Sacha Newall.

Awarded a CBE for services to UK Fashion Retail in 2015, Jane was once described as the most influential person on the British High street.

Shepherdson joined Topshop in 1985, and worked her way up to Brand Director, reinventing the high street retailer into a leading global fashion brand, and achieving huge profit growth, from £10m to over £100m in an 8 year period. She was credited with democratising fashion in the UK, as she raised the standard of the high street offer.

Jane then led a management buy in of Whistles in 2008, and became CEO. She turned the slightly tired brand into one of the most well regarded contemporary brands in the UK, with global reach. She stepped down in 2016.

Sacha moved from car-sharing to wardrobe-sharing. Having seen the positive impact that car sharing had on the environment. She decided, with Tina Lake, her co-founder to create a platform to allow individuals and brands to share garments by renting and selling them. Having previously worked in publishing at the Sunday Times and with the former e-commerce business my-wardrobe.com she could feel that the Zeitgeist was now for a new way to consume fashion. 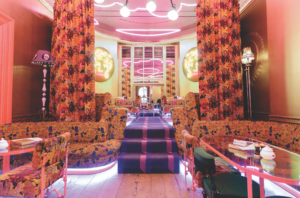 The Parlour at sketch

My Wardrobe HQ offers the first real solution to the fast fashion crisis; the value of unused clothing in wardrobes has been estimated at £30 billion with an estimated £140 million of clothing going to landfill annually in the UK alone. Meanwhile, beautifully crafted, ethically produced luxury items are often cleared for a tiny % of their value.

Sacha and her team want to turn this on its head, by showing consumers that if they buy less, buy better and rent it out, they get a better return on their investment.

The agenda for the evening is as follows:

8.30pm Close of event (the sketch paid bar continues if you would like to continue your networking)

To register your interest for this event, which is aimed at fashion brands and retailers, please email antony.hawman@theindustry.fashion

We will schedule this event when we have greater clarity of the on-going COVID-19 situation. In the meantime we wish all of our members and readers the best of luck in these uncertain times and hope you and your families stay safe.

This event forms part of our In Conversation series, which is proudly staged in partnership with Klarna, the Pay Later company