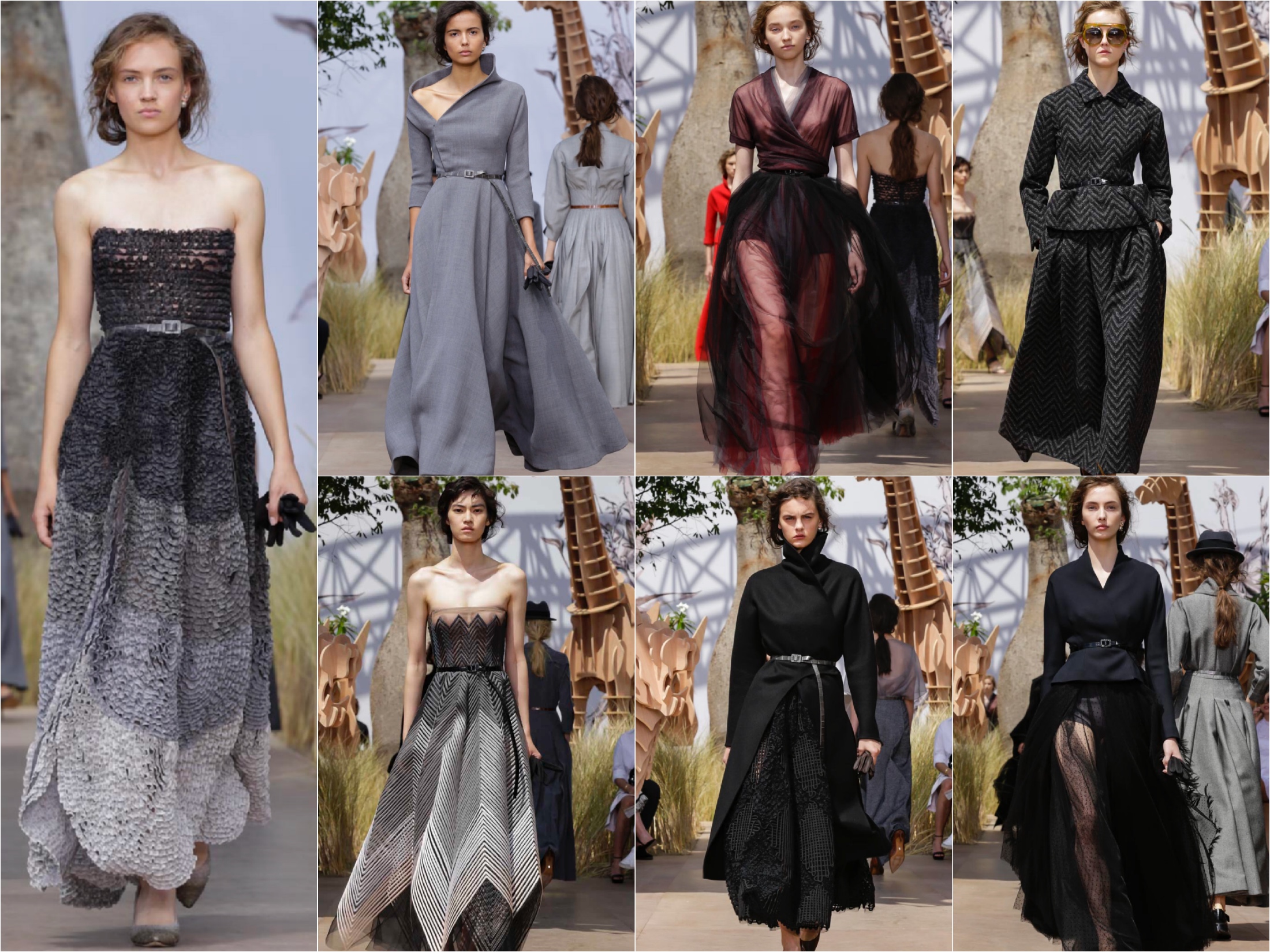 Before I start, just to let you know that my answer to the question in the headline is yes, she can cut it. But that doesn’t mean everyone will agree and opinion does still seem to be divided on Maria Grazia Chiuri’s tenure at Dior.

I still can’t quite make my mind up about her work there, although it’s certainly growing on me.

Whenever I see one of her collections compared to the equivalent Valentino collection, I usually gets the feeling that Pierpaolo Piccioli was the big talent in that partnership. You know, the grand visionary.

But then again, let’s be fair. Is fashion just about grand visionaries? And does not being one make you any less powerful a designer?

It’s probably easier for Piccioli to continue down a path he’s already trodden for some time as he reworks Valentino than it is for Chiuri at Dior. She landed at the label as its first female creative director (Lucie Meier never had that title) and is trying to reinvent a label that’s very French, and very much rooted in male designers’ views of what femininity is.

She’s also bringing her own evolutionary and relatively subtle approach to a house that has enjoyed/endured some wham-bam spectacular collections over the past decade or so and her slow-burn strategy is always going to look a little tame in comparison.

Which brings us to the new couture collection. For AW17 (but influential beyond the season that’s just weeks away from getting its first drops in-store), she showed her second couture collection yesterday and I really quite liked it.

Not that I went “wow”. It more an “mmm” moment, which is perhaps what Chiuri is aiming for as she gradually moves the label on and shapes it in her own image. And her appearance the runway at the end of the show dressed, if not in couture, but at least in a look inspired by this collection (something Serge Ruffieux, Raf Simons, John Galliano, Bill Gaytten, Gianfranco Ferré, Marc Bohan, Yves Saint Laurent and Christian Dior himself could never do) underlined that. The label really is being remade in her image with the style she’s developing for Dior able to suit a ‘normally’-sized woman in her 50s as much as it does a teenage runway beanpole.

What she gave us was another play on Dior style, which worked, although it will be interesting to see when she starts feeling confident enough not to include yet another archive homage (and yes, I know those fencing jackets for SS17 weren’t Dior-inspired but I prefer to draw a veil over them).

So there were full skirts, cinched waists (courtesy of the designer’s - and the industry’s - current favourite belt that’s long, skinny and made in croc), plus muted shades of Dior grey, blue and black. We got practical woollen outerwear, a series of versatile tailored and cinched jackets, and plenty of transparency with ingenue dresses in fluid, gathered sheers and flaring plissé.

It all came with wrapped bodices, some asymmetric necklines, and an almost total lack of visible fastenings. Button makers of the couture world should tremble - Chiuri seems to have declared the season a button-free zone.

There was an almost monastic feel to some of the simple after dark dresses (especially those in silk velvet), a theme Chiuri has visited before (along with Piccioli) for her final Valentino collection.

But despite that ultra-simplicity and elevation of the plain, pattern and embellishment did get a look-in. The patchwork and vertical strips of differently coloured silk in a skirt were a bit underwhelming but the gold spider’s web embroidery, retro travelogue illustrative prints and a smattering of florals, they certainly looked appealing. However, their relative rarity in this collection also underlined that it’s the overall silhouette that’s Chiuri’s obsession, not the print and pattern.

We got some masculine details too with a heavy shearling jumpsuit, shirt necklines on even the softest evening dresses, belted coats and trilbies, plus the heavy-soled brogues and ankle boots that made as much of an impact as the more delicate pointed toes and slimming heels.

It all added up to something to really like, if not to love (unless you get the chance to wear it perhaps). I don’t think it’s the kind of collection to get fashion students excited nor to stimulate those who like their fashion to be ultra-intellectual or radical.

But as the house celebrate its 70th anniversary, it probably is a collection that will please clients who want something to wear other than a gala ballgown for the endless round of parties and events they most likely have to attend. And when it comes to couture, pleasing the uber-rich private clients is meant to be what it’s all about, even though we know it’s really also about helping to market the perfumes, make-up, small leathergoods and more. I think this collection will achieve both aims… just. 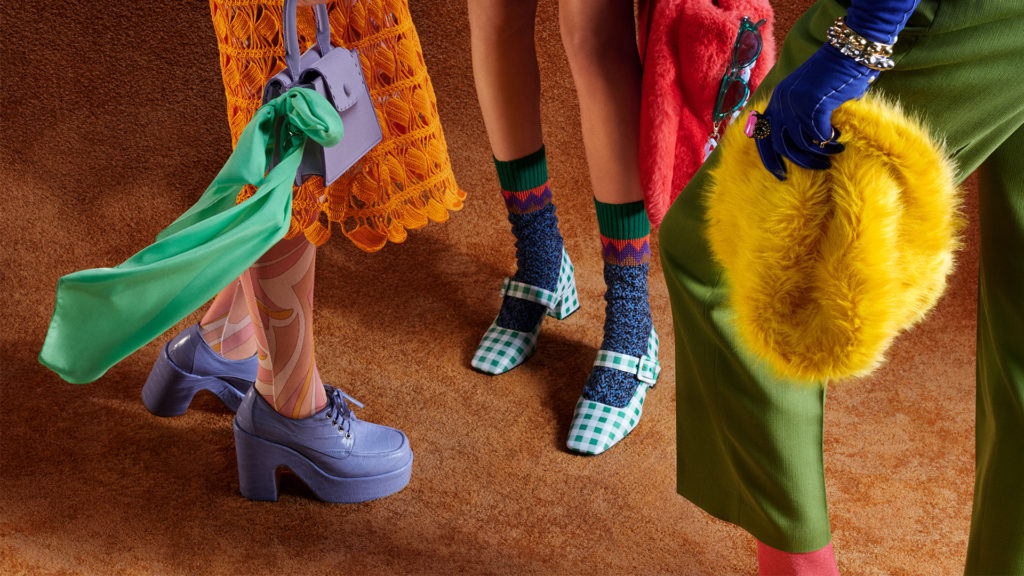 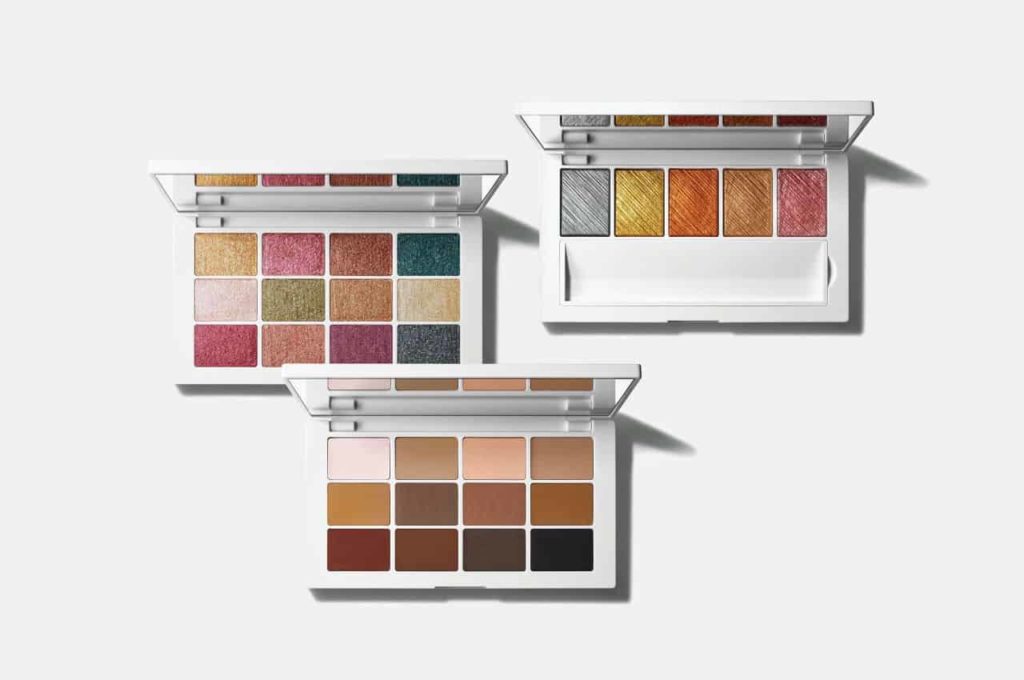