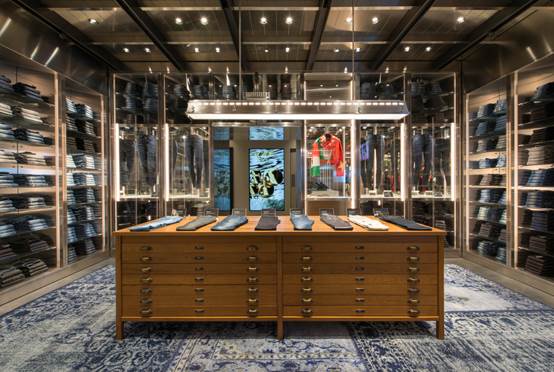 Diesel has officially opened its new London flagship in Knightsbridge two decades after the Italian brand first arrived in the UK.

This new beginning serves as “a key development” for Diesel which has undergone an overhaul in recent years, the brand said. Central to the brand’s revitalisation process is the reimagining of its contemporary and lifestyle lines which followed the appointment of Nicola Formichetti in 2013.

“It’s exciting to introduce an amazing new store concept that I’ve been working on with Japanese architect firm Wonderwall,” Formichetti said, “it’s inspired by a modern day living space for modern day Londoners and international shoppers.  It’s going to be an exciting place to experience the new Diesel energy.”

The store will also feature some exclusive pieces from its AW16 collection, which are otherwise only available online.