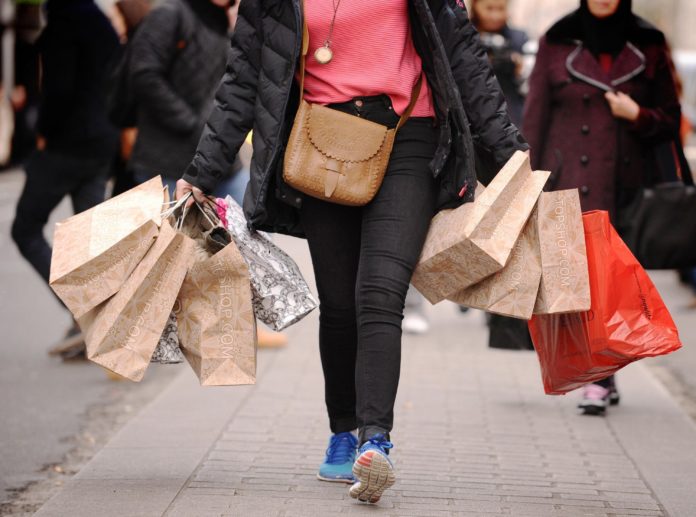 Consumer confidence has fallen ahead of the crucial Christmas trading period as just a fifth think they will have more disposable income over the next year, research suggests.

Some 28% of consumers think their disposable income will fall and 21% think they will have more to spend over the next 12 months, an eight percentage point decline in sentiment since the same survey for PwC in April.

This means the autumn consumer sentiment level is at its lowest since 2014, and could see retailers and leisure operators affected by shoppers cutting their festive budgets in the critical run-up to Christmas, PwC warned.

Optimism among consumers varies significantly by age, with 55 to 64-year-olds recording a slight uptick in sentiment despite remaining the most pessimistic overall.

Those aged 25 and under registered the sharpest fall in optimism at 25 percentage points compared with April, although they still remain the most positive age bracket overall.

Some two in five Britons say that Brexit will affect their spending in the next 12 months, an eight percentage point increase on the same question in April.

Lisa Hooker, consumer markets leader at PwC, said: “Despite the political upheavals affecting the country, consumer sentiment has remained remarkably resilient over the past five years.

“While our survey shows a decline since we last measured sentiment in April, British consumers are still more positive about their personal prospects than immediately after the EU referendum, and significantly more positive than during the last recession and recovery period.

“However, where there has been a drop-off in consumer confidence, it is largely concentrated amongst younger people, with a staggering 25-point decline amongst under 25-year-olds, at a time of year when we have historically seen a bounce in sentiment in this age group.

“With autumn sentiment at a five-year low, retailers and operators in the leisure sector may face a challenging run-up to the critical festive season, especially for those brands targeting younger consumers.”