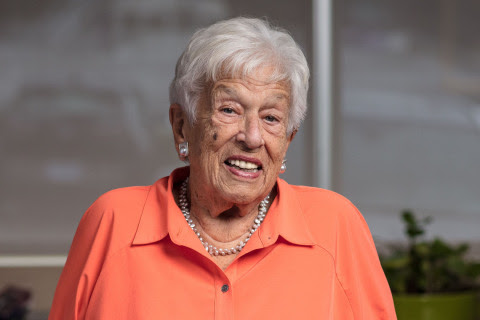 Columbia Sportswear Company has today announced the passing of its chairman of the board of directors (COB), Gert Boyle, its matriarch since 1970.

Described as “One Tough Mother,” 95-year-old Boyle started with the company as a seamstress – making the first fishing vest. Her sharp wit and wisdom helped propel Columbia from near bankruptcy in the early 1970’s to the global multi-brand company it is today, with annual net sales of almost $3 billion in 2018.

Boyle’s pioneering role as a woman, in what was then a male-dominated industry, is testament to her strength of character and ability to persevere through difficult times.

Founded in 1938 in Portland, Oregon, the company’s brands are today sold in approximately 90 countries. In addition to the Columbia brand, Columbia Sportswear Company also owns the Mountain Hardwear, SOREL and prAna brands.

Columbia opened a 2,465 sq ft London flagship store at 39 Carnaby Street at the end of March this year, adding to its existing store at 168-170 Kensington High Street, which the brand has operated since 2009.

In lieu of flowers, the company has requested considering a donation to the Oregon Health and Sciences Knight Cancer Institute. An announcement will be made about a celebration of Boyle’s life soon.