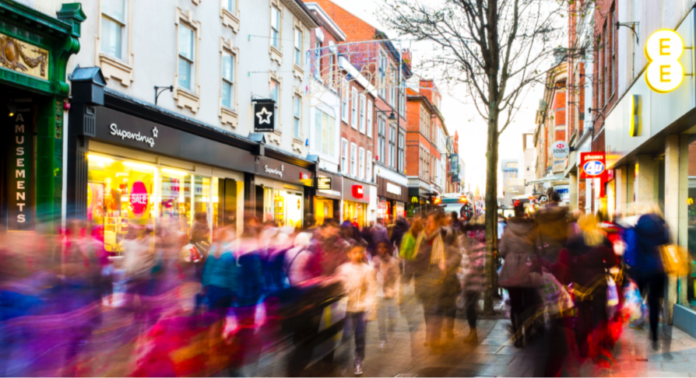 The British Retail Consortium (BRC) has called upon the government to implement a two-year freeze on business rates to afford retailers some relief as they adjust to the challenges in the market and the ongoing shift in consumer behaviour.

According to the BRC, the business rates burden on retailers is disproportionate and unfair. Retail is the UK’s largest private sector employer and makes up 5% of the economy and yet it pays nearly 25% of the overall business rates bill, which is more than £7bn per year.

As a result of this cost retailers were taking the decision to close stores and the modernisation of the high street was being hampered, the organisation said.

“This comes during a period when the industry is dealing with increasing costs, many resulting from government policies such as the Apprenticeship Levy or National Living Wage. At the same time, retail businesses are investing heavily in retraining their workforce for the digital economy, and in new technology to cater for the ways people now want to shop – £5.3bn in 2016 alone – all of which will improve the productivity of the industry,” said BRC CEO Helen Dickinson.

Dickinson pointed to the fact that there were 2,500 fewer retailers than there were just three years ago as evidence of the strain the sector is under. In addition since 2014 there have been more than 3,200 retail insolvencies in the UK and a number of high profile CVAs. In the fashion sector alone this year New Look, Select and Mothercare are all operating under CVAs while House of Fraser saw its controversial CVA plans pushed through last month.

“Fundamental reform of the business rates system is needed and must be considered as part of a wholesale modernisation of business taxation. Our proposal for a two-year freeze in rates increases would take some of the cost pressure off retailers, while allowing time for a dialogue between government and industry to develop a proposal for a modern business taxation system, fit for commerce in the 21st century, which supports business growth and improves productivity,” Dickinson said.

She added that the current business rates system was not fit for purpose and was “a 20th century answer to a 21st century problem.”

The BRC has also added its voice to other industries, such as car manufacturing, in warning against a so-called “cliff edge Brexit”. Chairman Richard Pennycook has written to Prime Minister Theresa May and the EU’s chief Brexit negotiator Michel Barnier to warn that failure to ensure a smooth transition would be a “lose-lose” situation both for British and EU food producers.

“Our food supply chain is complex, highly organised and ultimately fragile. Frictionless trade is essential if the industry is to continue to provide the level of choice and value in shops that UK consumers are used to seeing. It is now of the utmost importance that the UK Government proposes a workable solution to the backstop that gets the Withdrawal Agreement over the line and allows for a smooth transition. We need the EU to be flexible and creative in negotiation and recognise what is at stake for exports to the UK. Time is running out,” Pennycook wrote.

As well as the potential disruption to the supply chain, which would lead to food shortages in the shops, the BRC has said that more than 12,500 small retail businesses will be at high risk of going bust in the event of a no deal Brexit.