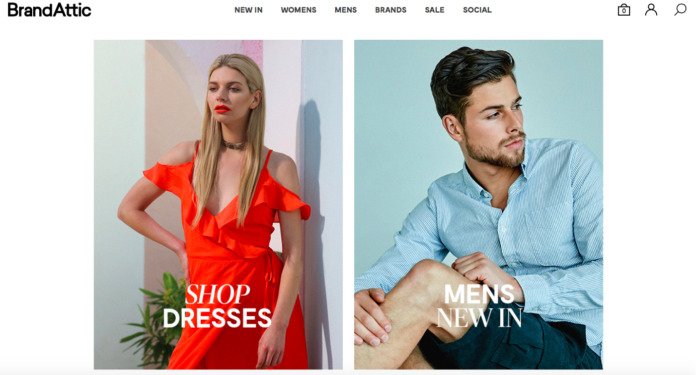 Manchester etail start-up Brand Attic has its sights set on competing with the major fast fashion online players, such as Boohoo and ASOS, with plans to launch its own label later this year.

The two-year old business said it had experienced an 809% rise in revenue year on year from its site, which offers a range of young fashion brands including Fashion Union, Wal G, Neon Rose and AX Paris.

It plans to extended its branded offer with the likes of DKNY and TNFC later this year, and, in October, its own label will launch offering “a capsule wardrobe that is on-trend and competitively priced”.

“It’s just over two years since we launched at the end of April 2015 and during that time we have set ourselves ambitious targets to compete against the likes of ASOS and Boohoo,” said e-commerce manager Steph Linton.

“We have been bold in our marketing and pioneered influencer marketing, working with the likes of Made In Chelsea star Louise Thompson, local fashion blogger Megan Ellaby and model Vogue Williams to raise brand awareness. We are so proud to be a part of the North West’s thriving e-commerce scene and these latest stats, showing an 809% increase in annual revenue for June, show that our efforts are truly paying off,” she added.

Brand Attic launched in 2015 with just three members of staff and now employs 16 people (it has employed seven in 2017) in roles spanning marketing, e-commerce, buying and design. It is planning a further recruitment drive to draw talent from the burgeoning e-commerce scene in and around Manchester, which is also home to fast-growing brands Boohoo and Missguided.

The business also recently launched its first TV advertising campaign to coincide with its second birthday and rolled out multi-channel advertisements across 200 railway stations, 500 escalator panels and bus wraps around the North West.

“It is extremely exciting to think what the future might hold and, with our expanded marketing team and focus on adding new brands to the portfolio, we are confident we’ll continue in this rich vein of form,” Linton added.