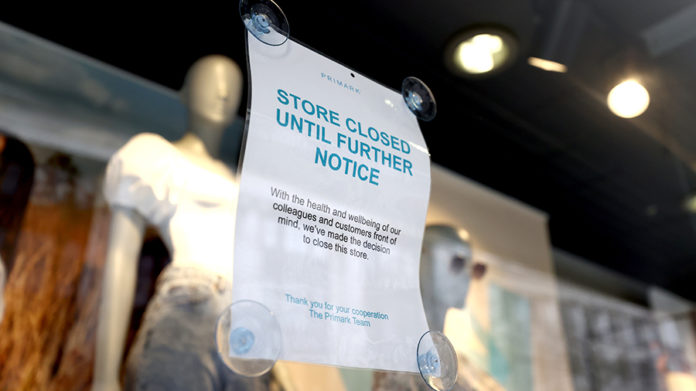 Prime Minister Boris Johnson has confirmed the reopening of non-essential retail, as well as beauty services and hairdressers from 12 April across England as the UK continues to proceed as expected through his four-stage exit from lockdown plan revealed on 22 February.

Clothing retailers will breath a sigh of relief to be able to open their doors with many, including those in the capital, the East and South East having been forced into lockdown before Christmas.

Also able to open next Monday are pubs and restaurants (outdoor dining only with “rule of six” in place) as well as gyms, and Johnson said he saw no reason why the UK could not proceed through the four-stage exit plan as previously land out.

The next stage of lockdown lifting would see a return to indoor hospitality on 17 May (with the rule of six in place) along with some foreign travel, though Johnson warned it was too early for Britons to book summer holidays yet with a third wave of Covid-19 engulfing large parts of Europe.

“Obviously we are hopeful that we can get going from May 17, we are hopeful. But I do not wish to give hostages to fortune or to underestimate the difficulty we are seeing in some of the destination countries people might want to go to.

“We don’t want to see the virus being reimported into this country from abroad. Plainly, there is a surge in other parts of the world and we have to be to be mindful of that and we have to be realistic,” Johnson said.

Today the UK recorded a further 2,762 new Covid-19 cases (down -1,892 week on week), meaning new cases in England have fallen about 95% from a high of around 60,000 in January, to levels not seen since mid-September. A further 26 deaths within 28 days of a positive Covid-19 test while a total of 47.3% of the population has now received at least one dose of a vaccine.

News of the easing of lockdown came after plans were revealed to continue mass testing to enable a return to some semblance of normality by 21 June, when nightclubs and large events are expected to resume.

All Britons will be able to request rapid lateral flow tests, which can be mailed to their home, and are being advised to take two tests per week. The Prime Minister is also considering a “Covid-19 certificate” scheme that could see visitors to larger gatherings (such as sporting events) obliged to show one before being permitted entry.

Details of the scheme are still being worked on but Johnson stressed no such certificates or proof of vaccines or negative tests will be required to enter pubs or shops from next Monday.

Johnson has previously said he hopes the exit from this lockdown will be “irreversible”.