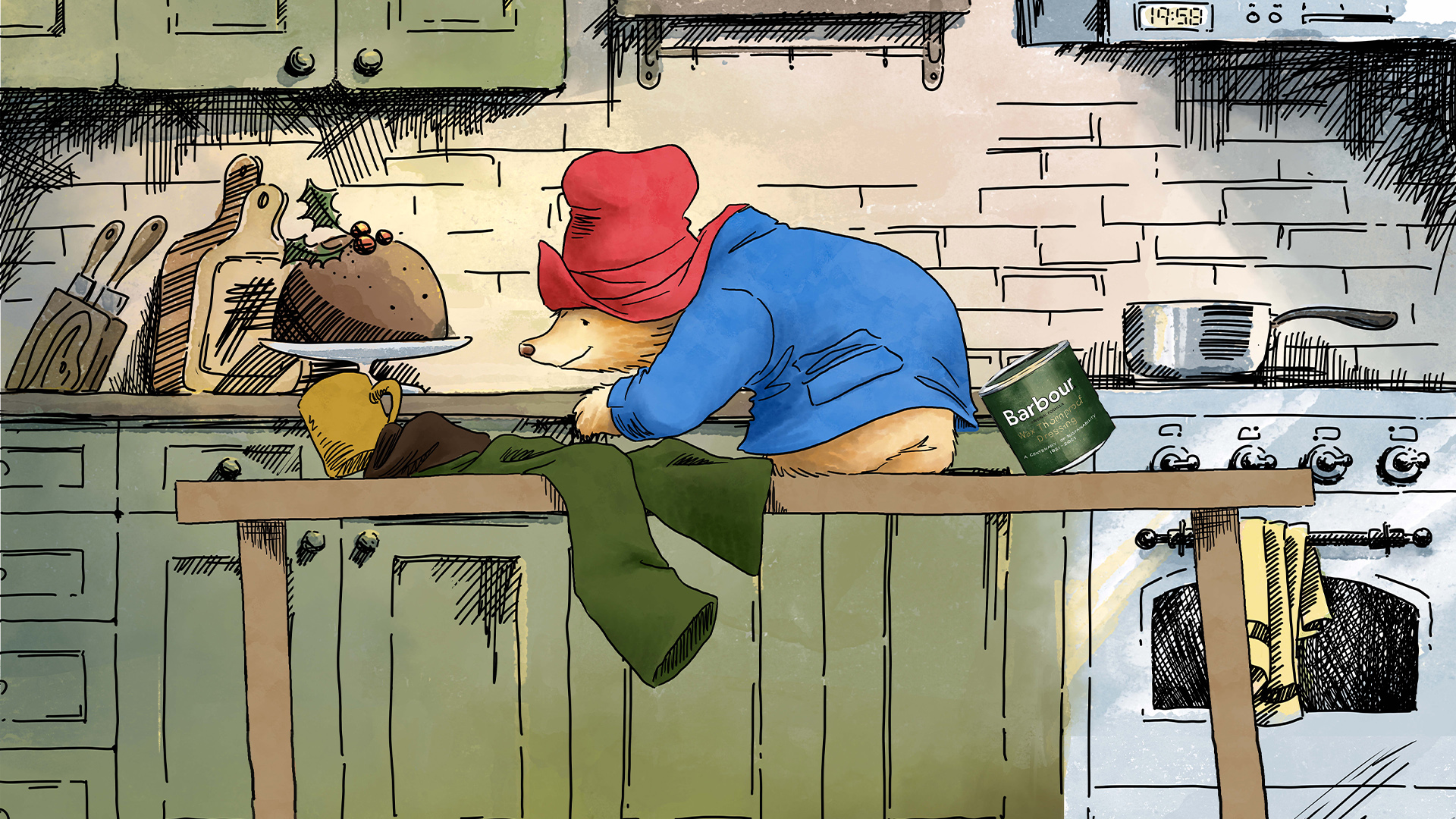 The scene is set on Christmas Eve, with Paddington trying to come up with the perfect gift for Mr Brown who found him at Paddington station with the luggage tag reading “Please look after this bear”, which Paddington pulls from his duffle coat pocket in the animated film.

He spies Mr Brown’s Barbour jacket hanging up in the hallway and notices the jacket has seen better days. He then remembers there’s a tin of Barbour wax in the shed, and after reading the instructions he declares it’s “as simple as spreading marmalade on bread!” Something he’s very good at.

He proceeds to re-wax the jacket in the kitchen, restoring it to as good as new, a nod to Barbour’s sustainability credentials and the brand’s Re-Waxing Centenary.

On Christmas Day, the Brown family is gathered together and Paddington presents Mr Brown with a messily wrapped gift to reveal the jacket. The jacket has the original tag attached to it and Paddington encourages Mr Brown to turn it over, where he has written “Thank you for looking after me.”

Mr Brown says his jacket is “part of the family, just like Paddington.” The film finishes with noises from the kitchen as the chaos that Paddington has caused re-waxing the jacket is revealed.

Paul Wilkinson, Group Marketing Director at Barbour, said: “Paddington Bear is a much-loved children’s character who is kind hearted and full of good intentions even if he does get into scrapes along the way! To celebrate our Re-Waxing Centenary, we have centred the story around a thoughtful gift from Paddington as he re-waxes Mr Brown’s beloved Barbour jacket for Christmas.

“It’s nostalgic, humorous and sentimental and shows just how much our Barbour jackets are loved and become an important part of the family; if re-waxed at least once a year, they can last a very long time.”

Written by Michael Bond and illustrated by Peggy Fortnum, the first book, ‘A Bear Called Paddington’ was released in 1958 and remains a firm children’s favourite. Barbour’s seasonal film includes the original Peggy Fortnum illustration style which has never been animated before.

Triple Academy Award winning production company Passion Pictures produced the animated film in hand-painted 2D, to faithfully bring Fortnum’s signature style to life. Every frame of the animation is hand drawn and painted, with close to 3,000 hours of work going in to it since May 2021.

To support the campaign, Barbour is launching a children’s Paddington Bear collection. Soft jersey sweats and hoodies in navy, red, grey and ecru feature, alongside nightwear, all with humorous Paddington Bear illustrations by Peggy Fortnum - some with a Barbour twist. Accessories include hat and scarf sets, beanie hats and cosy wellington socks. 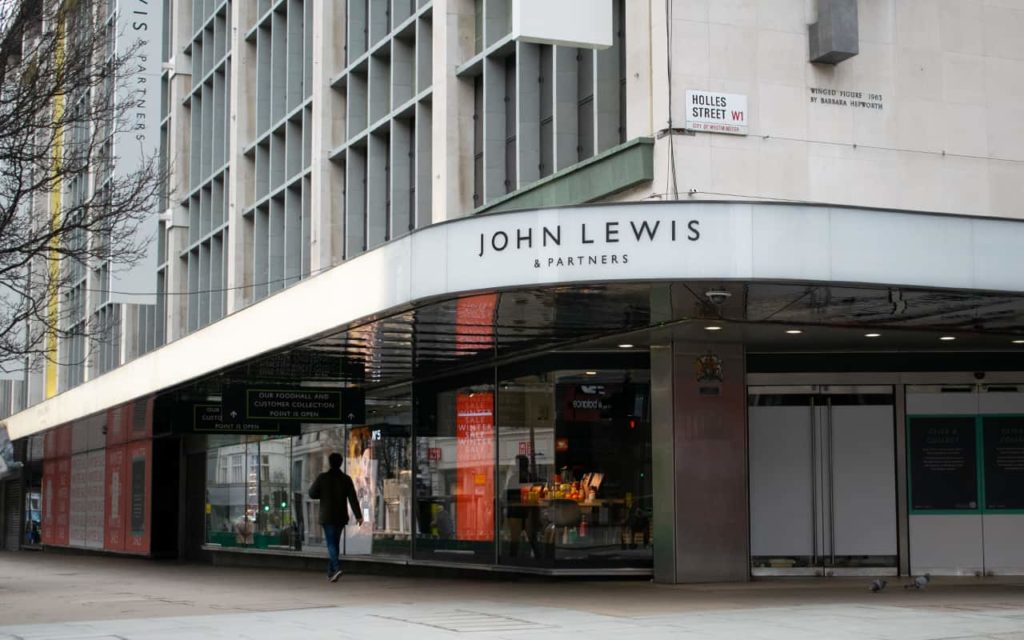 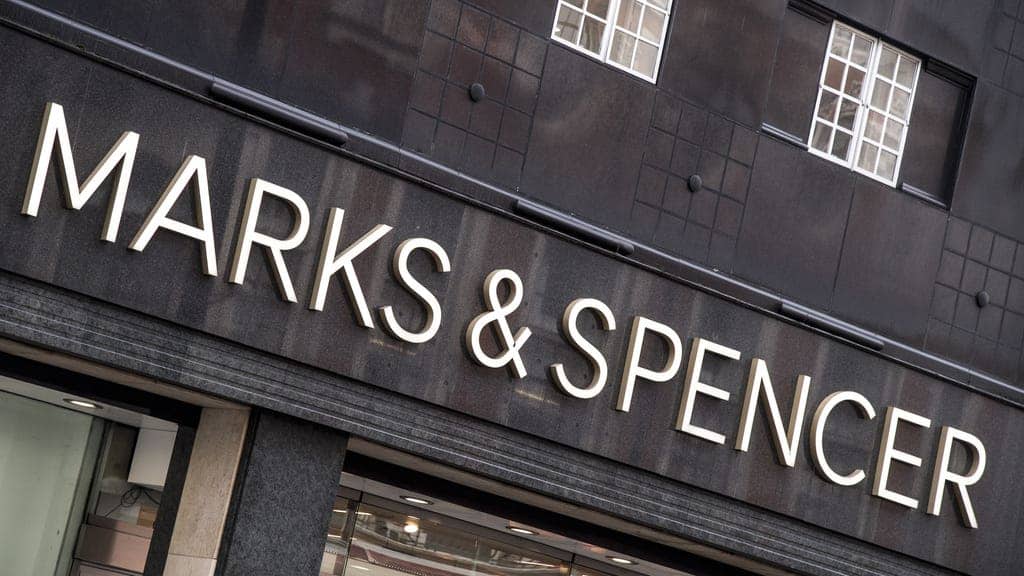