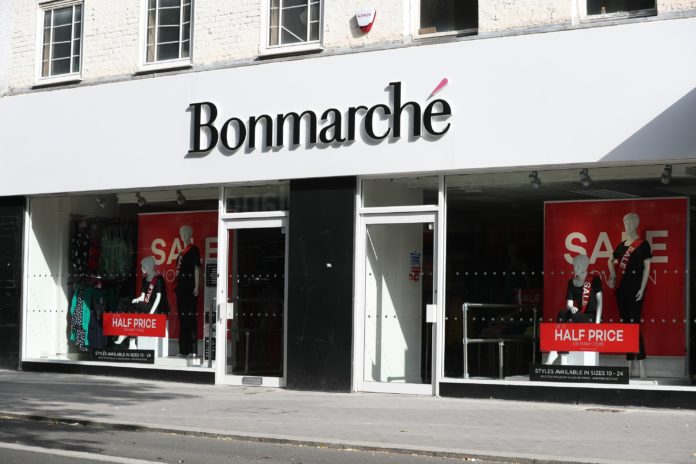 The retailer has become the latest victim of the high street downturn after a “sustained period of challenging trading conditions”, administrators said.

The womenswear retailer employs 2,887 staff, including 200 at its head office, and operates 318 stores across the UK.

Tony Wright, Alastair Massey and Phil Pierce, of specialist advisory firm FRP, were appointed as joint administrators for the firm on Friday.

FRP said the company will continue to trade with no immediate job losses, as it assesses options to secure the future of the company.

Wright said: “Bonmarche has been a staple on the UK high street for nearly three decades, but the persistent challenges facing retail have taken their toll and led to the administration.

“There is every sign that we can continue trading while we market Bonmarche for sale and believe that there will be interest to take on the business.”

The administrators added that “all stores remain open and no redundancies have been made”.

The brand has recently struggled with rising costs, such as business rates and rising wages, as well as dwindling footfall on UK high streets.

It is the second time the business has fallen into administration in seven years, after it was previously bought in a rescue deal by private equity firm Sun European Partners in 2012.

The company was later floated on the London stock exchange before retail tycoon Philip Day purchased a majority stake earlier this year.

A large number of shareholders then sold their stakes to Day, giving him a 95% ownership in the struggling retailer.