Following months of teasers and leaks, the much-anticipated Adidas and Beyoncé’s IVY PARK collaboration will release its first line on 18 January.

Adidas has announced that there will be two collections, the first drop being Adidas x Beyoncé and the second drop by Beyoncé’s own brand IVY PARK. The collection comprises gender-neutral footwear and apparel with items in the line including footwear, a utilitarian jumpsuit, cargo pants, hoodie, cycling shorts, backpack, bag and a sports bra. 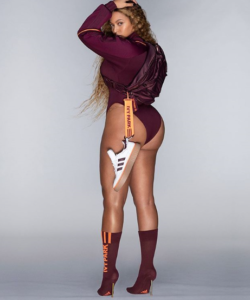 The brand has released some images of the collection on social media, which involves a promo video giving fashion consumers an insight into the collection, which includes tones of maroon, orange and creams.

Key features of the capsule footwear collection will include the Sleek Super 72, Nite Jogger, and Ultraboost. Beyoncé has put her own spin on the three existing Adidas styles by adding rope-lace heel tabs and a toggle lacing system to the Nite Jogger and the Ultraboost. Beyoncé revealed the Sleek Super 72 on Instagram, which fuses elements from the Samba with features from Adidas’ Forum sneaker, this is said to be Beyoncé’s favourite Adidas model.

IVY PARK was initially conceived in 2016 as an athleisure collaboration in partnership with Topshop tycoon Sir Philip Green, and it was sold in stores such as Topshop, Selfridges and Zalando. However Beyoncé announced she had taken full ownership of the brand at the end of 2017 and revealed the partnership with Adidas in April 2018.

Adidas is aiming to use its partnership with Beyoncé as a means of reaching similar sale levels that of Yeezy (with Kanye West) and Stella McCartney. When the collaboration became public knowledge back in April, Adidas said announced Beyoncé as “a creative partner for the brand.”

Although no financial terms of the deal were disclosed, the sportswear giant said “the partnership respects Beyoncé’s ownership of her company, which continues her journey as one of the first black women to be the sole owner of an athleisure brand.” Adidas is also trying to appeal to a wider female consumer base, a market that rivals Puma and Nike have become specialised in targeting.