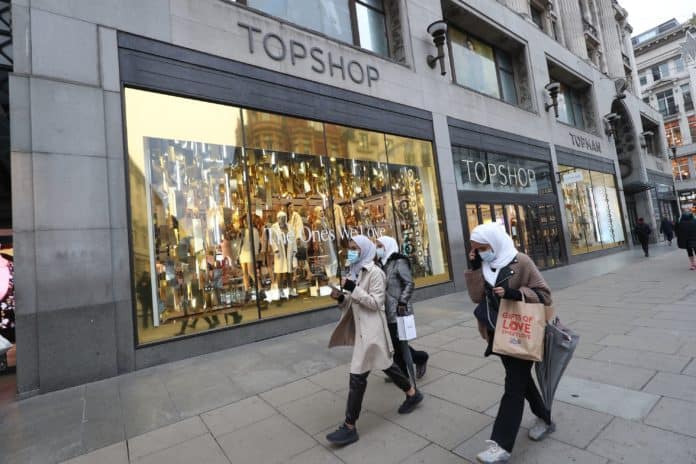 The UK’s high streets lost 17,500 chain store outlets during 2020, representing the worst decline on record as the sector took a heavy hit from the Covid-19 pandemic.

New research by the Local Data Company (LDC) and accountancy firm PwC revealed that on average some 48 chain stores, leisure and hospitality venues closed each day across England, Wales and Scotland, while just 21 opened. The data did not include independent outlets.

Retail parks experienced the smallest number of net closures with 453 chain stores closing, compared to 4,690 on high streets and 1,791 closures in shopping centres. And the capital was the hardest hit with net closure up 5.8% year on year. Indeed London and the South East accounted for a third of all closures.

With office workers staying at home, commuter towns fared better than city centres when it came to closures while seaside towns, which last summer benefited from the “staycation” trend, fared best of all.

Lisa Hooker, consumer markets lead at PwC, said: “For the first time, we’re seeing a widening gap between different types of locations: city centres and shopping centres are faltering, but certain retail parks with the right customer appeal are prospering.

“Location is more important than ever as we see a reversal of historical trends. For years, multiple operators have opened more sites in cities and closed units in smaller towns. As consumer behaviours and location preferences change, partly as a result of Covid-19, retailers are moving to be where they need to be. Small towns will remain important but we can expect recovery in cities as workers and tourists return, albeit in smaller numbers adopting more flexible working models.”

However it’s likely that the full extent of the damage caused by the pandemic will not become clear until some time after non-essential retail begins to reopen in England from 12 April. Stores that were closed as part of the lockdown process were not included in the study but it is clear already that a number will not reopen. Last week, for example, department store John Lewis, which has already permanently closed nine stores, said that an unspecified further figure (believed to be eight) will not reopen after lockdown.

Some of the British high street’s biggest fashion names collapsed last year and many will move forward as online-only entities. Oasis and Warehouse collapsed at the start of the pandemic with online group Boohoo buying only the brands and e-commerce businesses from liquidators.

Towards the end of the year Debenhams entered liquidation with its brand and e-commerce business also bought by Boohoo leading to the closure of 118 stores.

On the plus side for high streets, supermarkets grew with 88 new openings and takeaway food and beverage services, all of which were able to operate during lockdown, increased.

LDC head of retail Lucy Stainton, said she also believed that the the trauma would lead to more opportunities for acquisitive brands.

“On the whole, flagship city centre high streets and shopping centres saw a greater decline in chain stores versus more local markets and retail parks, which proved to be more convenient and perceptibly safer. With this in mind, we absolutely believe that after the short-term shakeout, there will be huge opportunity for acquisitive brands who are either looking to launch in different types of locations with new concepts or take advantage of newly available space in their core markets,” Stainton said.